Skip to main content
- May 04, 2012
It's been a while since I did a post about my garden, mainly because much of it is chock full of weeds still, as it's been far too wet to get on the beds, and I did have rather a lot to catch up after a winter of idleness. Alright. The entire garden needed attention. 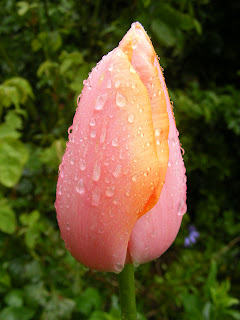 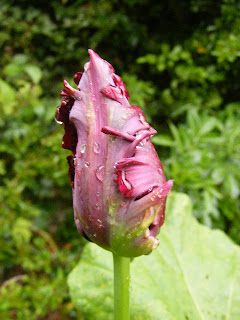 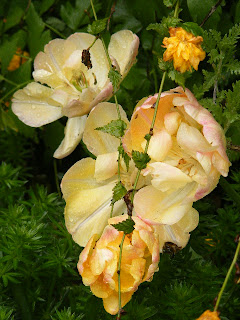 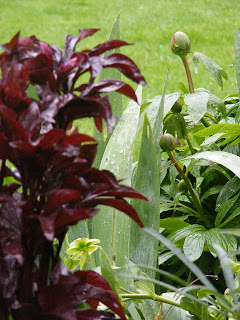 The following are what Jonathan calls estate agent photos. They do not show the horror about. You would not know (probably) that the green in the far distance is a vigorous, and large, patch of goosegrass. But it is. 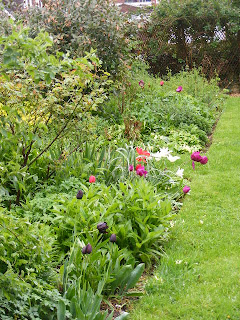 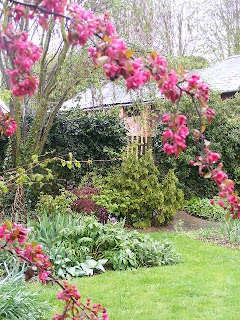 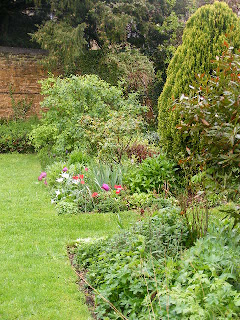 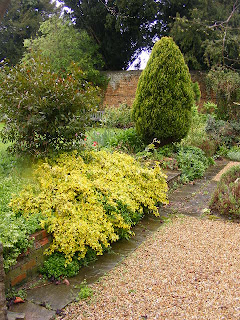 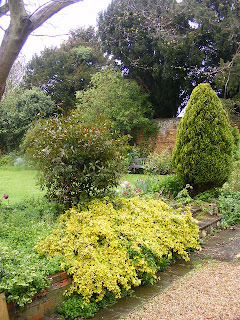 This is the most estate-agenty of the lot. It looks fantastic, doesn't it? That is only because you cannot see the complete chaos that reigns in the border there. 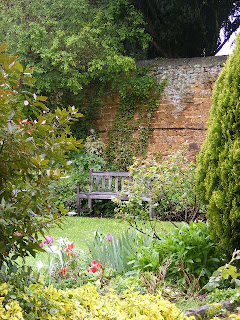 Normality. Might have been a decent photo if I'd taken the time to remove the dryer, which is not a thing of beauty. Every year I get it out in the spring, and wrestle with it, thinking this year will be its last, but it struggles on. 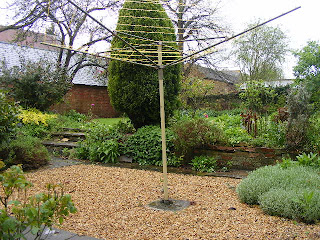 Christina Wilsdon said…
Is that a Japanese kerria I see growing about a third of the way through your post? I have two of those in the backyard...love them. Cheerful sight on our rainy spring days.

Ha, when you said you wrestled the dryer out every spring, I was waiting for a picture of a large white appliance to appear. You can tell what a Yank I am to picture that instead of a clothesline. There was once a local stable that had its entire drive lined with cast-off white appliances--dryers, washers, dishwashers, you name it. Didn't exactly add a note of elegance and competence. Not surprisingly they went out of business.
4 May 2012 at 14:50

callmemadam said…
'Extensive grounds comprising well established walled garden (and whatever you have in the way of outbuildings).'

That should sell it. I'm impressed you've been gardening. It's so bitterly cold here today I nearly froze at the market.
5 May 2012 at 10:29

Sue Howes said…
I have been taming my garden this weekend also. In between downpours, that is. Unfortunately I am doing battle with an invading mole so my garden is a mess thanks to its diggings. It has destroyed several plants already so I am not a happy gardener just now.
8 May 2012 at 10:32

Jane Badger said…
Christina, it is indeed a kerria. A friend wrenched a bit off hers, said "Stick it in the ground and it'll grow," and she was right. I can just picture the stable with the line of appliances. Perhaps, says she, being charitable, they were to desensitise horses who had fears of housework.

Madwippit, there's a post of the dog coming up which will Explain All.

CMM, it's not been warm here either. We're not yet at the point of selling! Well-established weeds could be added to the description though.