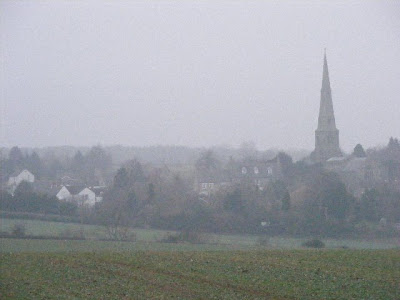 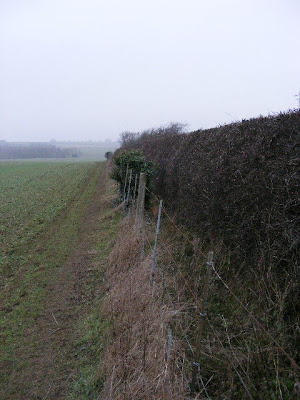 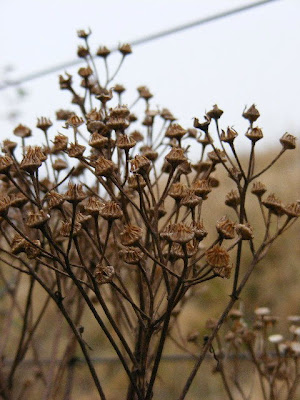 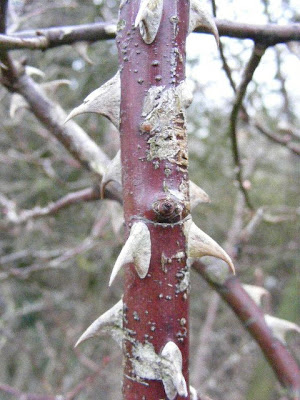 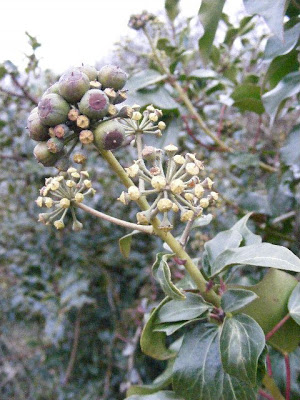 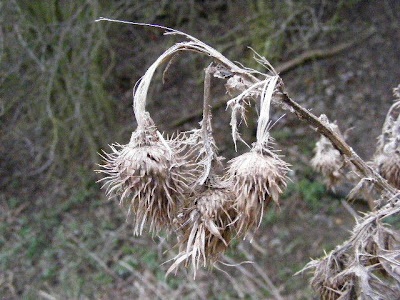 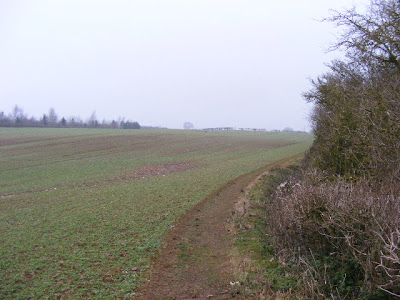 Grey day; claggy mud. There was a dead fox cub along the railway line - the poor thing had presumably been hit by a train this morning. Dog was strangely uninterested, apart from a cursory sniff. Presumably she's waiting until it's much, much deader before it's worthy of her attention. My efforts to photograph the thistles were sabotaged by dog, who decided they needed pruning.

I like all the spiky things of winter. I'd love to know why some wild roses have spines of elaborate viciousness, and others just the odd spike.
Morning walk