- September 04, 2014
The course of riding success is never smooth. Poor Henry Thornton was doing well with his horse Echo in Pony Club Team, but it's all gone horribly wrong. When One Day Event (1954) opens, Noel is watching Henry as he does a dressage test which is more excruciating to watch with every stride.

“As he rode the test, Noel’s depression increased. Everything seemed to be wrong and she had so hoped he would do well.  She didn’t want to watch Echo’s unbalanced strong trot; his unwilling transitions into the canter, his sorry attempts at turns on the forehand, his dawdling walk or his crooked halts.” 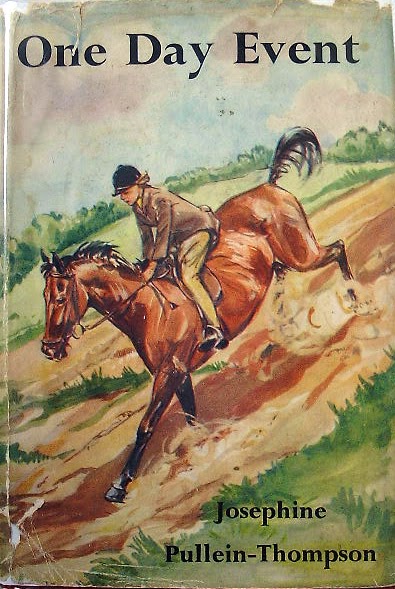 Noel's not having a much better time of it. On the strength of her performance in earlier events, she has been given two Anglo Arabs, Truant and Tranquil, to school, but Noel thinks, drearily, that they're both going backwards, not forwards. 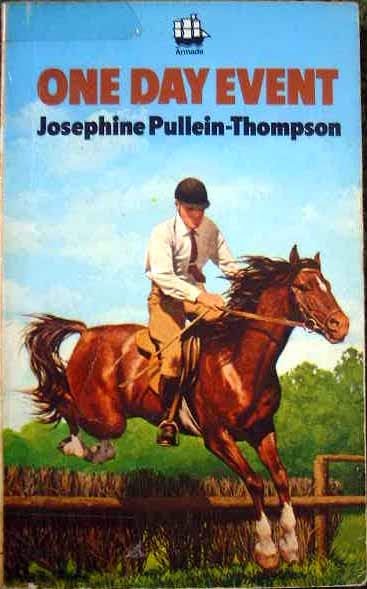 Who can help? Major Holbrooke, of course. He takes the Pony Club under his wing, yet again, and Echo, Truant and Tranquil, and Noel and Henry are all set back on the path of equine righteousness. 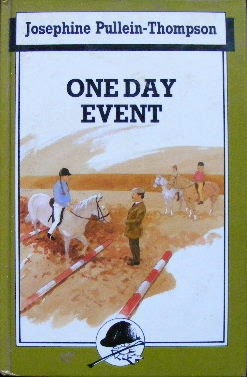