- September 28, 2014
I am not a fan of boats: even though I apparently spent a lot of time on one  as a baby because my parents owned one. I remember absolutely none of this at all, and the boat went when my father died. My mother never felt the pull of the water strongly enough to get another boat, and we remained, as a family, firmly land based. I carried on this antipathy about boats through to my reading: although I could entirely see the point of ships like the Dawn Treader, anything smaller seemed threatening and alien. Arthur Ransome's boaty children left me absolutely cold. 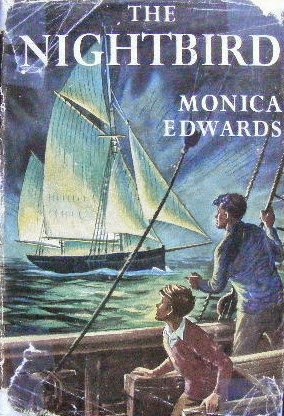 I didn't mind Monica Edwards' boats as much. There is far more variety of adventure in Monica Edwards than Arthur Ransome (shoot me now, Ransome fans): if the boat element in the Romsey Marsh stories left you cold, there was always the farm-based adventures of the Thornton family. 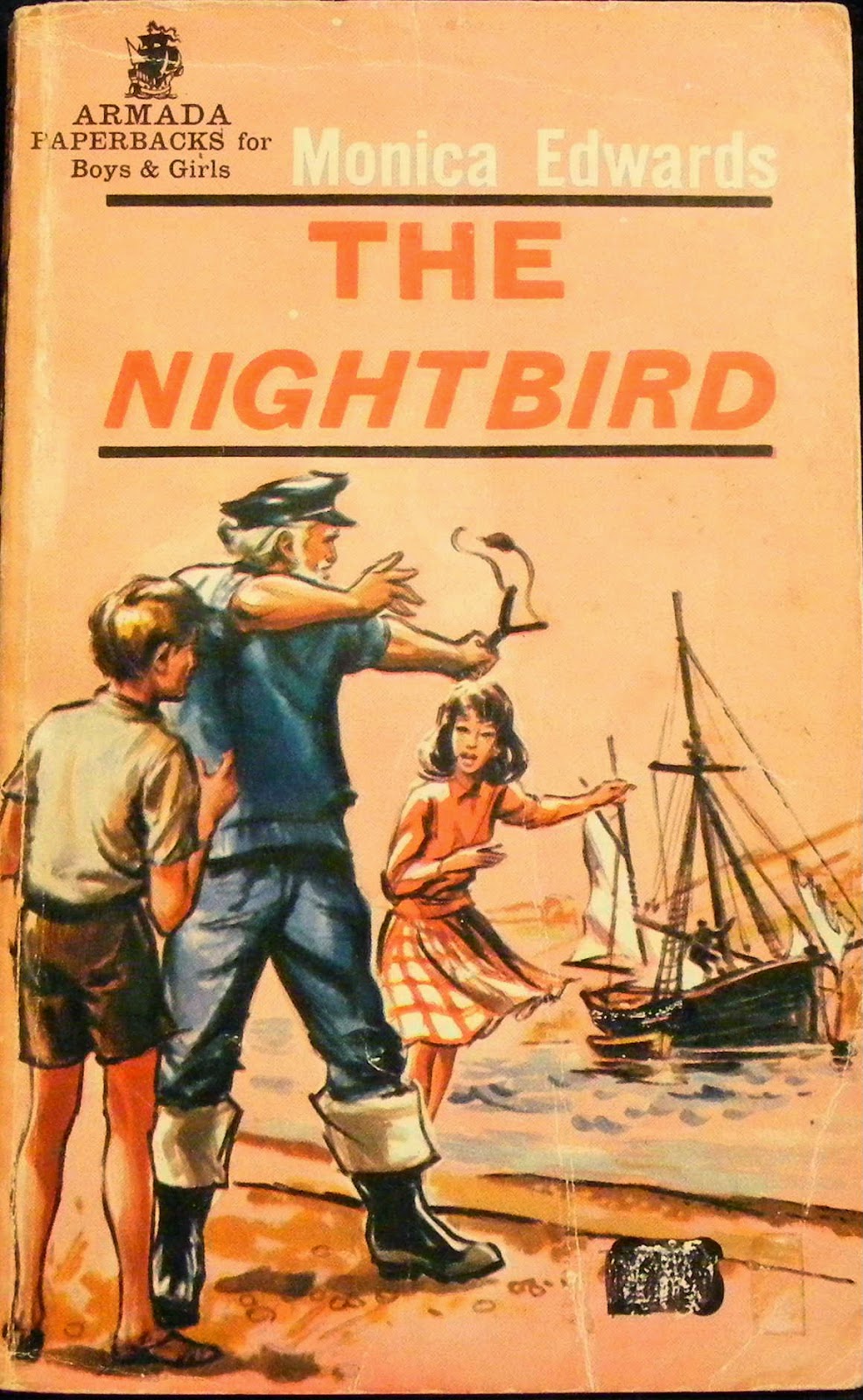 The Nightbird (1955) is one of the most boat-filled of Monica Edwards' books. It's a sort of re-write of The White Riders, when the ponies were used as ghostly things to frighten away developers who threatened the marsh. Here, it's Jim Decks' old trawler that's used as a ghost ship to frighten away the French boats poaching the Westling fishing grounds. Even as a confirmed non-boater, I do rather like this story.