- March 25, 2011
Elizabeth Taylor, star of the film of National Velvet, died on 23rd March.  I bet Velvet would have turned up 15 minutes late to her own funeral too (though possibly  not for the same reasons).

I just can't get into cupcakes; just TOO sweet, but I am happy to drool over Rachael's chocolate brownie recipe.

Something to read that is not a pony book: Juxtabook reviews  The Weed That Strings the Hangman's Bag by Alan Bradley.

Thanks to Rosemary Hall for telling me about Bartabas, who has only just swum across my ken, despite the fact If Wishes Were Ponies has been to see it.


And another thank you to Rosemary Hall for this:  get the Barney the Boat Dog experience:  try horseboating for an hour or two.

Lastly, thanks to the fact I spent this afternoon finishing off the very large box of Jelly Babies left over from Christmas (someone had to) I can tell you that Jelly Babies were originally known as Peace Babies, as they were introduced to commemorate the end of the First World War in 1918. 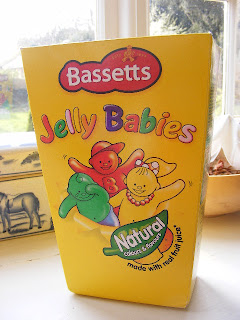