- September 12, 2010
Despite having lived pretty close to Boughton House for most of my life, I have never actually been. The house is open for a month every summer, and usually when the place swims into my consciousness as somewhere to look at, it's closed. So, it's taken me jolly nearly half a century, but at last I've been round. Here's Boughton, which is the Northamptonshire home of the Duke of Buccleuch and Queensberry. It is very, very grand. As far as I know, nothing of the original Medieaval buildings remains. The house took its present form when Ralph, 1st Duke of Montagu returned from the court of Louis XIV, where he had been an ambassador, inspired by Versailles. The house is very unified externally; it's not the glorious hotchpotch that is Apethorpe, and which I must admit I prefer.

Apethorpe though is utterly empty. Boughton is very, very full. It is one of those houses where things turn up which had been forgotten about for centuries. You are not allowed to photograph anything inside the house, but I can assure you the tours are well worth it. The paintings are stupendous, and if Boulle is your thing, you will be happy. Boughton House was never actually finished, and the tour includes the unfinished wing. 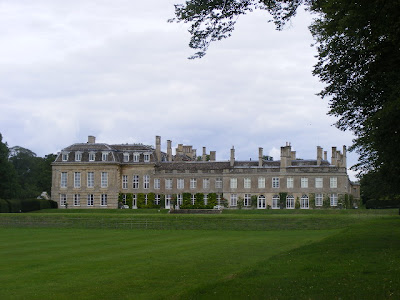 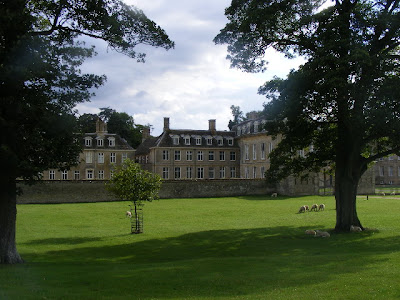 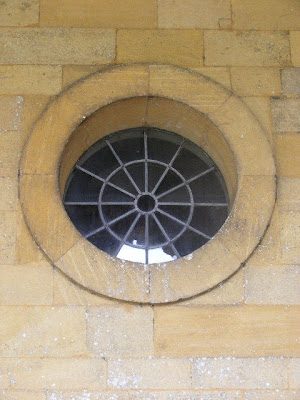 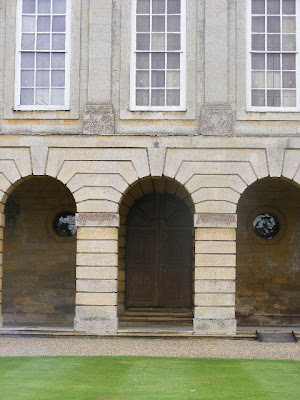 In common I suppose with a lot of large houses (certainly National Trust ones) the stables aren't used. One set has been converted into a rather good café, and the other has maintained its stable format, which I was cheered to see, as I do enjoy a good stable, and Giles Worsley's The British Stable, an Architectural and Social History, is on my Christmas list. 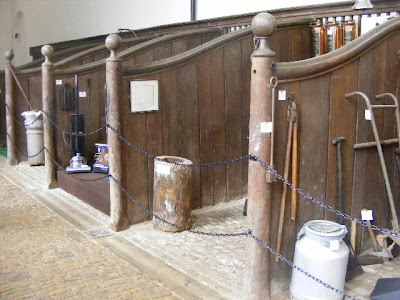 The splendid carriage defeated my photographic skills as it was beneath a very large window. 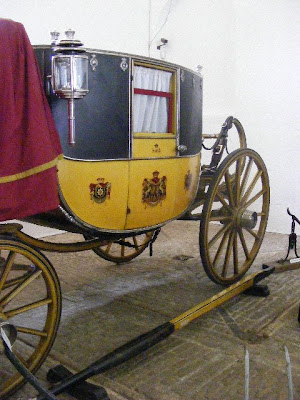 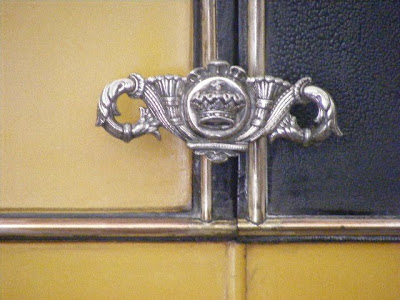 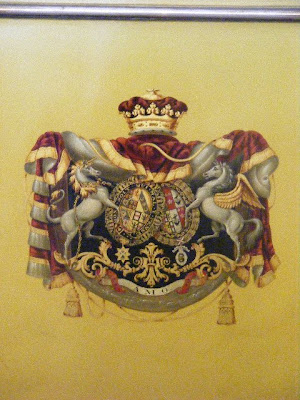 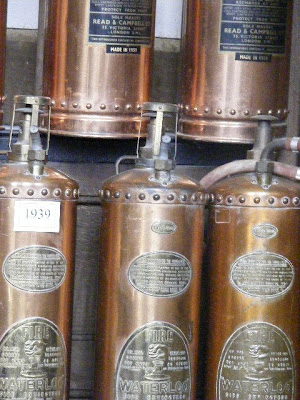 and was utterly charmed by the leather boots worn by the pony who pulled the lawn mower. 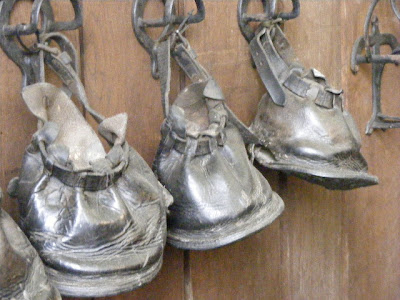 I was rather less charmed by the gardens, or at least the new feature, Orpheus - there is a beautiful, and immaculate, white garden in one of the courtyards. The gardens as a whole had suffered from benign neglect and have been undergoing restoration for the last 30 years (and they're not there yet). Orpheus, the current Duke says, is "a vision of power and intelligence, prompting awe-tinged surprise. Here we can rediscover the importance of landscape, ponder how it plays on our senses and how we take our place within it. The creative Montagues of the 18th century, would, I think, have been intrigued." 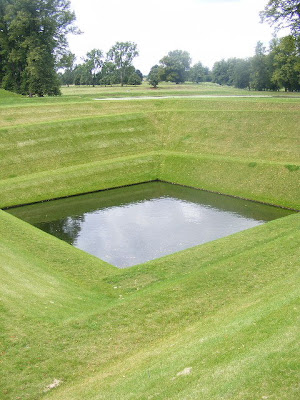 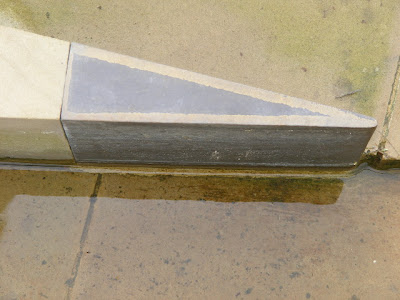 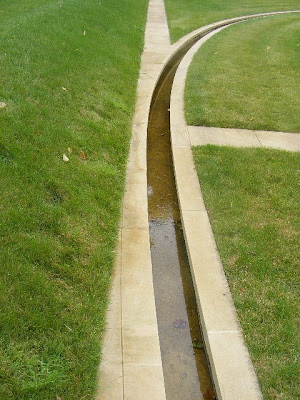 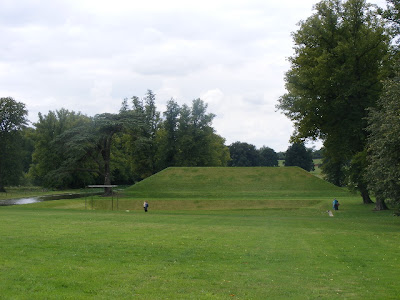 I think I am obviously not the sort of intellectual gardener at whom this is aimed, as although I like the sharp lines of the stone rill I am left completely and utterly cold by the rectangular metal structure you can see to the left of the photograph above, which certainly appears to have little to do with the rest of the structure from a distance. Maybe one is supposed to ponder this relationship, or it becomes clearer once one is nearer. As we walked away, the thing I was left pondering was how on earth they manage to cut the grass in the inverted pyramid.
Historic Buildings

Anonymous said…
I want the Worsley book for Christmas too! I have alerted my mother, but I bet she buys it for herself too.
I had been trying to check the origins of the stable where I first learned to ride as it was called "model farm" but wasn't the model farm, if that makes sense. Now all demolished, of course...
12 September 2010 at 08:27

Anonymous said…
Coo! There are stables like that at our nearest NT property. They now have little tables in where you take your tea.
12 September 2010 at 10:31

Jane Badger said…
It's so sad when things like that are demolished. I had a quick look on google earth and the stables where I learned to ride are still there, but now a private house, with far fewer stables than there were!

Goldielover said…
If you like stables and are ever in Toronto, make sure to visit the ones at Casa Loma. They're maybe not as old as the ones at Boughton are, as they only date back to the beginning of the last century, but are beautifully preserved, and well worth a visit. The tunnel from the main house is more than a bit creepy, and the stables and tunnel are supposedly haunted.
12 September 2010 at 14:01

Christina Wilsdon said…
The pony boots are such a touching tableau--a little slice of the former life that went on there.

My husband took us to visit the farm where he grew up in Essex a few years back and we popped by the house his mother had spent her last years in; it had been bought and spiffed up, and the stable outside turned into office or art-room space. It had been occupied by a renter's ponies prior to that. At least they hadn't been knocked down.
12 September 2010 at 19:24

Jane Badger said…
Maybe.... the boots are what got me too. It's odd how inimate things can sometimes be bursting with personality but these are, to me!
16 September 2010 at 14:15

Have a soft spot for stables myself.
The old stables where my Gramps farmed have long gone, I wished I'd seen the saddle from the Boar war that was in the tack room.
16 September 2010 at 18:43

Jane Badger said…
We had a collar for quite some time hanging about at my parents' house, which had been used by the Suffolks on my grandparents' farm. Alas it was thrown out after the mice and damp got to it.
20 September 2010 at 13:25