Kate O’Hearn - Pegasus and the Fight for Olympus
I’m looking forward to the next episode in this Greek gods meet modern day America saga, having enjoyed the first book, Pegasus and the Flame, very much. At the end of the first volume, Olympus had been saved, though surely only temporarily as the Nirads were still very much alive and well. 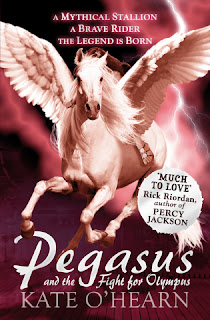 Jenny Oldfield - Black Pearl Ponies
Jenny Oldfield’s latest series is out this month.  As far as I can see,two titles are released this month:  Red Star and Wildflower.  It’s another series set in America, on a ranch, a formula which has been extremely successful for Jenny Oldfield before.

Tracy Dockray - Lost and Found Pony
Feiwell & Friends, £10.49.  Tracy Dockray, who has illustrated books by Beverly Cleary, has her own book out at the end of July.  The cover certainly looks promising. 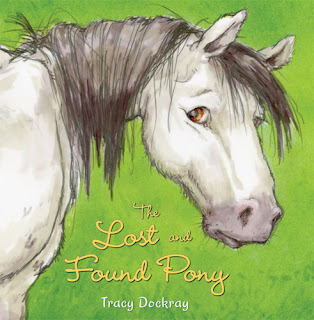 Pippa Funnell - Tilly's Pony Tails 14: Buttons: the Naughty Pony
Out on 7 July, it’s episode 14 in Pippa’s series, which shows no sign of slowing down. 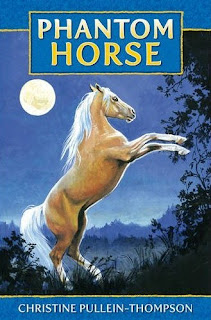 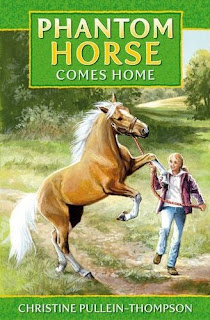 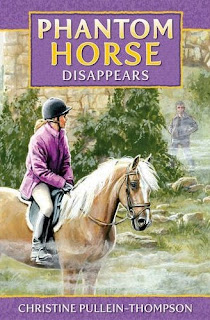 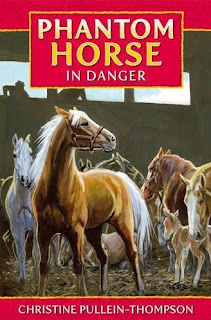 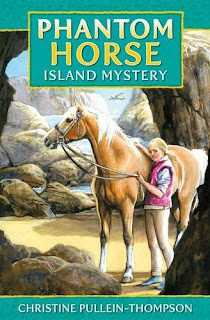 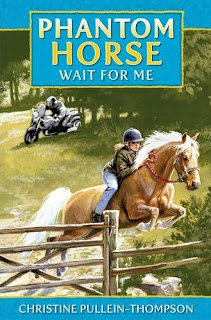 pullein-thompson-archive said…
I am not sure about the renaming the Phantom Horse series. I suppose they have to appeal to modern readers but still......

- can't help wondering if they have been abridged/altered for a more modern market? Have you heard if this is the case?

I hadn't realised before but Award are the publishers of the Black pony Inn series that has been around a few years in hardback 3 in 1's - wonder if they are predicting a return of the more traditional (and British written) pony book with catnips Jinny's doing so well and the Stabenefeldt books being well recieved in Europe/America.

pullein-thompson-archive said…
That is a fair point Haffyfan. In Wait For Me Phantom Horse, Rachel says something like "have you got no radio" when in the 1980s (when this was first published) there was older cars around which didnt have radios installed. These days, unless you have a vintage car (say from the 1920s) all cars have at least an radio. It would make sense to change it so that the radio is out of order.

Also according to your link Haffyfan, I was right, "Wait For Me Phantom Horse" has been changed to "Phantom Horse Wait For Me".
2 July 2011 at 15:49

Fiona said…
Just wondering whether she had him gelded? He was a stallion in the first book, but surely she couldn't have kept him so. Any ideas?
2 July 2011 at 21:06

mokey said…
The cover art is an improvement on the older series.
I look at some modern covers and I swear the illustrations have been lifted from photos I have seen before. Case in point, the rearing Phantom Horse on the first book. Also, the cover of one of the Phantom Stallion books:
http://i43.tower.com/images/mm112218629/phantom-stallion-wild-horse-island-11-galloping-gold-suzanne-weyn-paperback-cover-art.jpg
I just KNOW I've seen it before and it is driving me mad!!
3 July 2011 at 05:50

Jane Badger said…
Haffy - I don't know if the text has been altered but I will try and find out.

PTA - good point. I hadn't noticed they'd changed Wait for Me Phantom Horse. I think I prefer the change.

Fiona - I don't remember anything ever being mentioned about PH being gelded, but surely she must have done, as I can't think she'd have lugged him round the country as much as she did if he were still entire!

Mokey - I've had a look at that image and I know exactly what you mean, but I'm afraid I can't think of where the pic might have come from either! I wonder if it's based on another book?
4 July 2011 at 11:38