- July 29, 2011
It's harvest time, as I realised when I emerged from my work-induced fug and took the dog for her afternoon walk.  Quite how I had missed the characteristic combine hum I do not know.  Obviously I was much more into the cataloguing than I thought.  I hoped that the contactors wouldn't have started again by the time I did  my early morning walk the next day so I'd have chance to photograph the half done bits.  If I were a really good writer, I would now be telling you why I find the half doneness so intriguing but I can't actually think of anything momentous.  On that profound note, on to the photos. 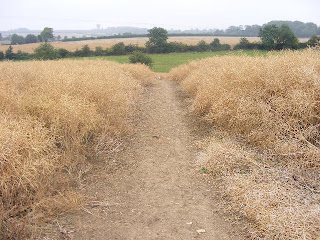 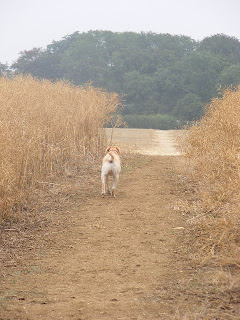 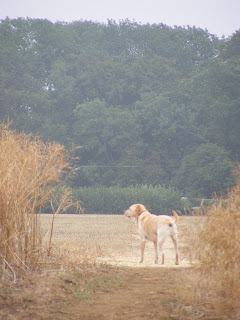 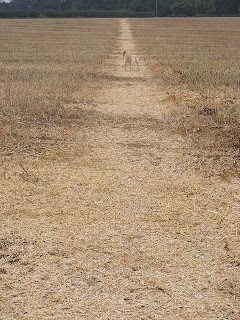 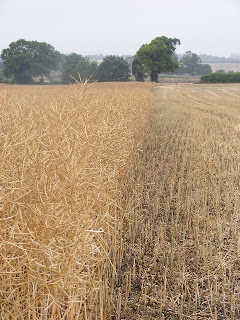 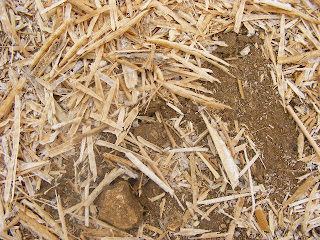 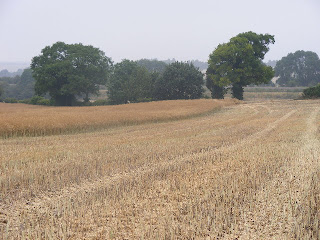 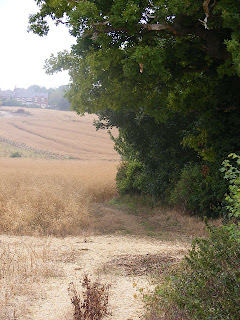 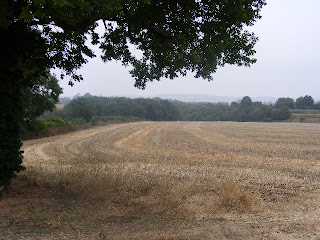 Harvest time is one of the dog's best things.  For months, she has not been able to go into the crops, as I had it hammered into me by my farming relations from the time I was able to move on my own that one went ROUND the growing field, not THROUGH it.  Oh the horror when one day my sister and I, having done what we thought was a very careful recce went straight through the riverside field (planted with something) instead of round the edge.  We were seen, and our sin was reported to our grandparents.  It was quite a formative experience.

Once the harvest's done I cast off the dog's shackles and let her go off footpath briefly before it is sown again and we go back to the straight and narrow. 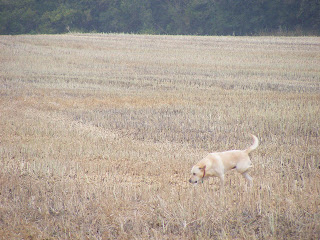 Further on in the walk, I try to count the pigs. I know there is at least one fewer as there is a notice on the farm gate offering half of one for sale.  Regret again that I have not got round to buying a chest freezer, for at least the tenth year running. The pigs do not help in my quest to count them, as they are still fast asleep. There should be new pigs soon as the boar's been and spent his time with Mrs Pig. 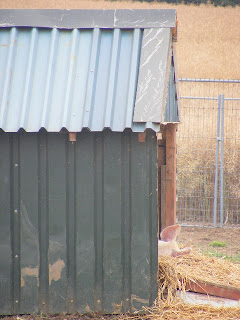 Right at the end of the walk, in the field the pigs aren't using, are these runner beans.  Not sure if they were planted deliberately.  I hope they survive.  There are certainly human foxes around. Our pear tree lolls over into the churchyard, and every single pear that side has been stripped: pointlessly as they are nowhere near ripe, so the thieves, having taken a few experimental bites and found the pears still rock hard, ended up dumping the chewed remains on the path. 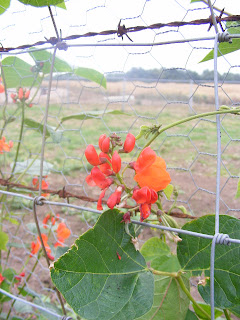