- April 21, 2009
This is the hell hole that is our garden (actually it would be more accurate to say was, as we've pulled our socks up a bit and Tackled the Horror). Still, you might as well see what happens to a garden when you don't do anything to it for months other than race through it at a rate of knots Not Looking.

You can just see, on the right hand border below, a small blob of white, which is a carrier bag that has been there since before Christmas. 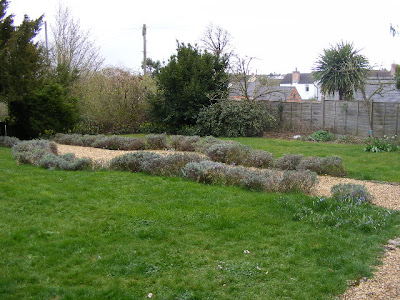 The back garden. This photo is just dull, and I have still managed to avoid showing you a close up of the beds. 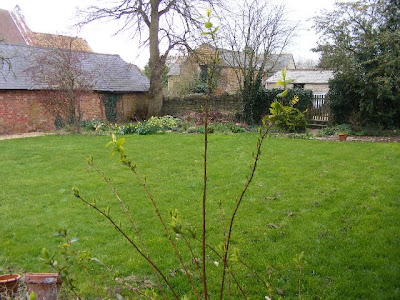 But not here. Not good, is it? 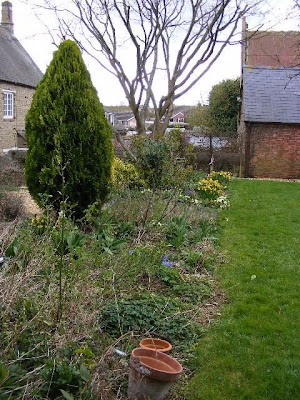 I do think a toppled over watering can does ornament a garden so. 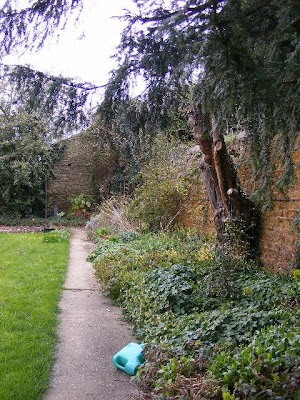 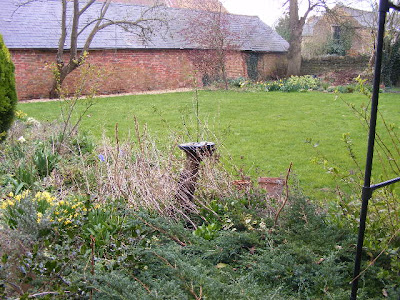 This next bit is particularly awful. I do usually make an attempt at getting in amongst this lot as because the church doesn't have a kitchen, ours is handy (being next door) so we use the front for tables and chairs during church events. There wasn't one last year, so I had a cast iron excuse for doing nothing, and nothing was what I did. The devastation wasn't helped by the fact that bed is at the foot of the wind tunnel that runs down the side of the house, so it got the full force of the sub zero blasts during the snows, and much of it is alas, dead. We did get in there last week and sort it out, and if I have time, more pics will follow. 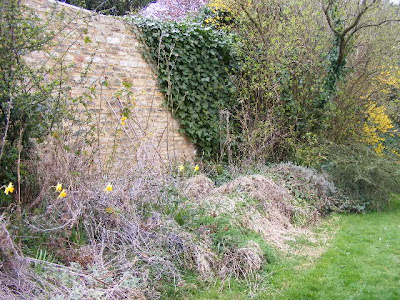 Vanessa said…
I feel so much better about the horrors of my garden which are, incidently, far more apalling than your garden. Partly because because I know that in July your garden will be its usual sweetly scented and restful place and mine will still look like a cross between The Wasteland and the Somme...
21 April 2009 at 16:09

Jane Badger said…
V - I need to see proof! Though I have to say, my garden does look a little better now. And I'm sure your garden can't look as bad as the one that my four re-homed hens came from. They'd even attacked the roses. Nothing beside remained... all about the decay de dah de dah, the lone and level earth stretched far away.
21 April 2009 at 17:20