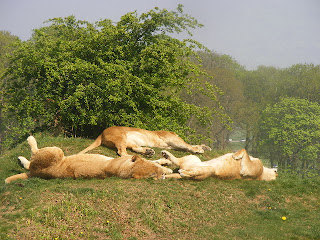 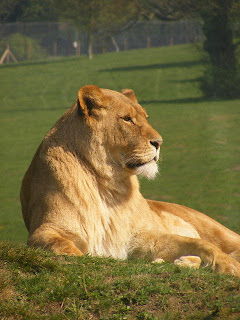 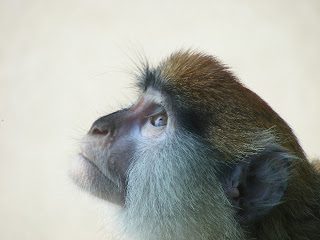 The lions were gloriously unzipped in the spectacularly unseasonable April heat.  My husband asked me how I got the background to the picture of the monkey.  I have no idea.  The picture was taken through a coach window:  the monkey was about to leap up to the coach wing mirror.

I did wonder what the attrition rate was for the monkeys, who despite their extraordinary athleticism treat moving cars with no respect at all.

It must be a good 40 years since I was last at Woburn and now everywhere has sprouted those hand cleaning dispensers you get in hospitals.  My little group of children were distinctly sniffy about the idea of washing their hands before they went in until I told them the idea was to protect the animals from them, not the other way round.  They then attacked the dispensers with verve every chance they got.  Interesting.
Homelife