What I've been reading: a mixed bag 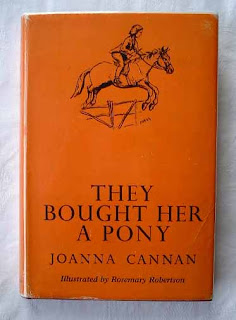 Unknown said…
The Colditz books are fascinating, aren't they ? I don't reall remember the TV series, but my older brother had the board game, which me and my friends used to play. I still have that set now. I have 3 books on Colditz: "escape from..", "Latter days at.." and "The German story", written by the Commendant.
I don't think I've read 'Testament of Youth', but I think I may have read the other book you mention. The passage you quote is deeply moving; it's so difficult for us to comprehend the sheer ghastliness of what the men in the trenches went through.
And Sheffield University Library is much the same as you remember it. The building in that pic is the brand new Information Commons, at the corner of Upper Hanover Way and the Western Bank Flyover that leads from Brook Hill roundabout up to the Children's Hospital. The Information Commons is basically an additional study building, with the most in-demand library books, study areas and many computer terminals for the students.
The main library, overlooking Weston Park, is about five minutes walk from my home.
22 August 2007 at 03:55

Jane Badger said…
Ah - I see now. I'm glad the library hasn't gone. I do have fond memories of it, and the stacks, where I spent a lot of time! I used to live in Witham Road, not that far from you, I think. Thank you for the explanation of Information Commons - I don't think I'd have managed to work out what it was from the title...

The Colditz game rings a bell. I'm looking out for the other Colditz titles you mention, though alas didn't find any on a charity shop trawl today.
22 August 2007 at 13:53

Unknown said…
I do live close to Whitham Road. I'm at the top end of Harcourt Road, with the Goodwin sports centre at the bottom of the garden. Further down the road, the houses back onto Crookes Valley Park, where the boating lake is. (Sadly it doesn't have boats for hire any more)

And yes, I used to spend time getting lost in the library stacks. It was just as well they had those lines painted on the floor that led to the stairs.
22 August 2007 at 20:14