- September 02, 2013
I like this book very much indeed. The moment, I’d finished it, I wanted to start it again straightaway, to check out any bits I missed, and enjoy the story all over again.

It's a very fine piece of writing. I don’t normally rush like a fiend for the author bio, if there is one, but in this case I was racing to get to it. The heroine in this book, Grace, has an eating disorder. She’s anorexic. I had an eating disorder (if I’m being honest, I still have it; it just takes different forms) and was anorexic at about the same age as Grace. All anorexics are different, but it soon became obvious to me as I was reading this that the author knew exactly what she was talking about. There are little tricks that you have as an anorexic, ways you think... There was so much about Grace’s story that rang bells. The author, like me, had an eating disorder. 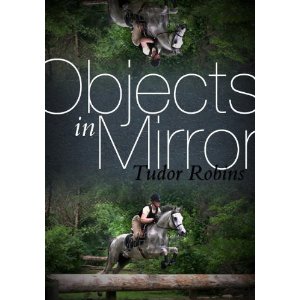 Grace lives with her stepmum, Annabelle, and her half brother Jamie, who’s three. Her distant, and frankly unlikeable father, has left them all to take up a university post in the UK. Grace’s mother died a long time ago, and Grace has a good relationship with Annabelle and Jamie. It’s Annabelle who’s been left to bear the brunt of Grace’s illness. Grace doesn’t see herself as ill: she’s on a mission, and that’s all she sees.

She’s not helped by Mavis, full-blown anorexic who fuels Grace’s behaviour. Mavis is the sort to whom her skinniness is a badge of superiority; who views those who are bigger than her as failures. She’s hyper-competitive; a real mean girl. She has something to be competitive about: despite Mavis’s push-button horses, Grace is the better rider. Grace rides Sprite - a “hepped, off-the-track thoroughbred.”  She’s the only one who can ride him, though it’s not easy: “Forget pretty, forget elegant; those can come later if we make the flat phase but for now, my priorities are (1) don’t knock down any jumps, (2) don’t die.” Grace loves Sprite, but he’s sold. Grace is devastated, but she’s offered the chance to work at the stables, to ride and show, and maybe ride Sprite, who’s staying at the stables. She takes the job.  Her work at the stables makes an excellent story, interwoven with Grace’s fight against her illness.

Grace has an ability to connect with animals: probably because they’re the only really truthful relationships she has; the only ones that aren’t filtered through her anorexia; because if you’re anorexic you don’t see a person first, you see someone with whom you have a mission. Your mission is to fool them that you are eating, and to avoid any conversations that go where you do not want them to go. Grace spends a lot of mental effort on precisely those things.

Where this book succeeds brilliantly is in showing the two Graces: the Grace who understands horses, and can get under their skin, and the Grace obsessed with losing weight. The book is told in the first person, with diary entries at the end of each day. They’re done in a sort of Bridget Jones way – though the Bridget Jones 1100 calories, good thing was a joke, and this is deadly serious.

Anorexia is grim; there’s no getting round it, but this isn’t a grim book. It’s hopeful, but it is truthful. Here’s Grace in the therapist’s office:

“I lean forward to catch this week’s summary – I’ve learned I can spend fifty-five minutes contemplating the wrist angle Drew wants me to achieve, outlining a history essay in my head, and planning how I’m going to manage not to eat dinner tonight – if I just listen to Dr. Keelor’s last five minutes. It gives me something to discuss with Annabelle on the drive home, and satisfies her that I’m participating in my therapy.”

There is so much I like about this book: I love the bit where Annabelle comes home to find Grace in front of the fridge, desperate to eat but just as desperate not to, and so she gets her an apple, a rice cake and some skimmed milk. Something she can eat. Annabelle is a star: you see just how difficult it is to live with an anorexic; to wish them better the whole time, and to endlessly tread a tightrope of attention-giving: not enough to smother, not so little they feel ignored.

The balance of horse versus anorexia is good: 100% anorexia is difficult for anyone to take, but there is plenty of excellent horse content in the book, as Grace rides difficult horses, helps rehabilitate the starved ones (and yes, she does see the irony), and grows ever closer to heart throb Matt, who works at the stables.

This is a brilliant, and hopeful, portrait of a girl, her love for horses, and what it's like to live with anorexia. I loved it.

Thank you to the author for sending me this book.