- November 08, 2012
I am about to give up, slope away and sleep on the sofa with the dog, for I have a cold. Usually I carry on regardless, my agricultural labourer genes usually up for slogging on, but today I have had enough. I am a bit goggled by the fact that we have NOWHERE TO LIVE. To be more accurate, we do, we're still living in the house, but the sale is hurtling towards a conclusion (good, because that's what we wanted, wasn't it?) but there is nothing for sale in the area we want to move to, and nothing to rent that has a garden, or that will allow dogs, if it has a garden.

Today I am feeling completely overwhelmed by our imminent homelessness, and the vast amounts of sorting out I still have to do to de-clutter, and now I have a cold. And it is right at that drippy, miserable, temperature-y stage where the world seems a place viewed best from underneath the duvet. Comfort reading is what I need. One useful side-effect of the decluttering I have done is that I do at least know where some of my books are. Not all, I wouldn't go that far, but some. I do know where the book I would probably take with me if forced against a wall and forced to chose only one is (right next to me at the moment): and it's Veronica Westlake's The Ten Pound Pony.

One luxury of writing a book is spreading yourself on your favourite topic, and I have spread myself on the subject of Veronica Westlake in one of my chapters on 1950s authors. The Ten Pound Pony is about a family who actually do struggle for money. They're not pony-book-poor, where there's still enough money for several ponies, a private education and a large house, or that classic term used by Olivia Fitz Roy to describe her Eton-educated, debutante-containing family in Orders to Poach - "the poorest family in Scotland". Jessica, Ann and Martin have no father, and their mother works part-time. The family are deliciously observed, and narrator Jess has a trenchant view of the world. They do of course get a pony, but it's a major slog. I love the almost tremulous wonder when the pony is finally theirs:

""We simply could not believe that she belonged to us... and we felt almost afraid as we smoothed her rough coat and tried to finger the mud off it..."

The ending is gloriously sentimental and I expect I shall cry, but on the plus (if somewhat revolting side) I expect that will help my nose, which as I write is morphing from drip to block. 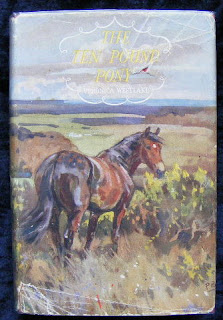 If I finish The Ten Pound Pony, then I shall hit the Dick Francis. It seems a bit counter-intuitive to have stories of violence and wrong doing as comfort reading, but Dick Francis' strong, capable heroes - all really Sid Halley, with different expertises - sort everything out. Every time. And it is so comforting to enter a world in which everything will work out. Sid, I need you now. Add estate agency to the detective stuff. You know it makes sense. 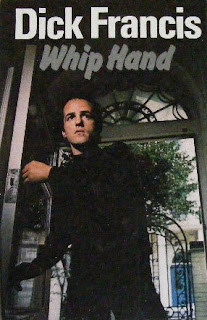 Christina Wilsdon said…
Feel better soon, enjoy the tea and books as much as you can in the meantime
8 November 2012 at 17:33

Val said…
Oh My dear... I sympathize with the cold.
Mr Francis sounds an excellent idea. We have colds (at the hacking cough stage) and I've devoured "10lb Penalty" jus what I needed.

Now I must search for that pony book it sounds just right!

I hope you're feeling better soon (for now though I'd temporarily give in and have a rest if possible)
Best wishes x
9 November 2012 at 05:14

Sharon Booth said…
Aw Jane, hope you're feeling better soon. Totally sympathise with the imminent homelessness...am landing on my daughter's doorstep soon and all my own fault. Agree with The Ten Pound Pony. I thought it was a lovely book. Pony books generally are comfort reading for me. When I just need to switch off and hark back to happier times a pony book (or an Enid Blyton!) will always do the trick! Hope things work out for you soon and you're back to your usual self again. x :)
9 November 2012 at 10:14

Jane Badger said…
Thank you all. I am sorry to hear about your imminent homelessness too, Sharon. I spent most of yesterday asleep on the sofa with the dog, and am feeling much more human today.

Val, I hope you all get better soon. The hacking cough stage does nothing for sleep, particularly if you all have it.

madwippitt said…
How horrid (the cold) and scary (the prospect of homelessness) - hope both are resolved soon. Haven't read this book so willlook out for a copy. Afraid that my horsy comfort reading is Monica Edwards: while I used to enjoy Dick Francis, the cruelty in his books leaves me cold these days. And the lack of any feeling of actually caring about horses.
9 November 2012 at 17:30

callmemadam said…
Oh you poor thing! Good news you sold the house but here's hoping you find another really soon!

I understand your comfort reading because The Ten Pound Pony is easily my favourite pony book and the one I would keep if I got rid of all the rest (which may happen).
10 November 2012 at 09:18

Jane Badger said…
That's a big decision, CMM, but as I look at the heaps of books we have here, I can appreciate it!

No progress on the house front, alas. It seems impossible to find somewhere to rent that will take animals, or that if it does, has a garden.
12 November 2012 at 12:57