Elaine Walker: Fact, Fiction and Reality - Writing What I Know

Elaine writes fiction and non-fiction about the horse. Her work has been featured at The Guardian Hay Festival and translated into several languages. Her book The Horses, mentioned in this piece, is an excellent post Apocalyptic story, in which a family who have been holidaying in remote Scotland find that everyone who lived in any community numbering more than a few is dead. The family are trying to survive on a Scottish farmstead, but life is desperately difficult, particularly when the family’s father dies. And then the horses come...

For my final post, I'm going to talk about the way my connection with horses links to my academic and creative writing.

I didn't start writing so I could write about horses and I have more published articles, short stories and poems on other subjects. Yet out of my five books, three are about horses. They also feature in at least another four of the ideas for novels and non-fiction books percolating at the back of my mind. Writing what we know is perhaps inevitable - both Horse and To Amaze the People, came about because someone who knew the subject was needed to do the work. I happened to be in the right place at the right time. In fact, although Horse came first, the research for To Amaze the People, which began as my doctoral thesis, lead indirectly to it. This is the nature of writing for publication - the order in which books are published is not necessarily the order in which they are written. 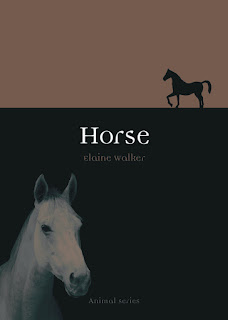 As I've mentioned in previous weeks, my own knowledge comes from long interest in horses. Like many children, especially girls maybe, I had an early love of horses. I had riding lessons for my fifth birthday and a pony on loan when I was about eight, then my own ponies from ten or eleven.

They were kept in borrowed, loaned and rented fields that were on the market as building plots - now I drive down the road where we lived and it's completely built up. My father loved horses too, and had spent his school holidays as a ‘pony boy’. This meant he took the local riding school ponies down to the beach to give children sixpenny rides to the pier and back. He had to walk up and down leading them all day, look after them between rides and then take them home at night. For this he got nothing except the ride to and from the beach but that was enough! He also loved western films and with my own love of reading, we had all the motivation we needed.

Reading Tolkien triggered an interest in research as I started to read the mythologies that inspired Middle-Earth and critical studies of The Lord of the Rings. My first fiction writing was a highly derivative fantasy, out of which emerged a character who still surfaces from time to time, getting less and less fantastical every time. One day I'll write his story, maybe - I gave him a bit part in The Horses, so there was a thread I could follow.

My academic work on horses came from a slightly different direction. I started my first degree when I was thirty and in the final term of the final year, did a module on seventeenth-century women writers. I decided to pursue the subject via an MPhil and a specialist in the seventeenth century happened to be on campus the day I went for my interview. She was in a hurry so invited me to talk over a sandwich in the pub. She sat down with half a lager and a huge beef bap and said, 'So, who do you want to look at?' The first name that came into my head was Margaret Cavendish, so that's what I said and my future changed direction from that moment. The more research I did on Margaret Cavendish, the more I came across her husband, William, Duke of Newcastle, who wrote books on horsemanship. At that time, the academic world considered it an odd thing for a royalist nobleman to do. This highlights the differences between what a riding and non-riding reader/academic could bring to the material, because it didn't seem odd at all to me. By the time I completed the MPhil on the Duchess, I was already committed to a PhD on the Duke and his horsemanship manuals. 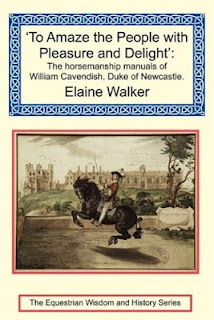 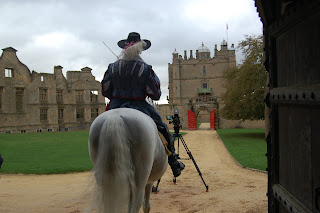 Much of what we perceive about horses in culture and history is received information, shaped by many levels of knowledge and motivation. Horses are historically linked to elitism and that's still a pervasive image, even though they have similarly strong links to work and transport at the most everyday level. By the time I'd completed my PhD (which took eleven years), I had a new perspective that fed into the
shape of Horse and also The Horses.

Humans are often relentlessly self-centred and in writing both fiction and non-fiction about horses, I didn't want - and will never want - to simply accept that humans are best equipped to make judgements and rules regarding other animals or consider them as a resource. The research I did on the Duke of Newcastle, for Horse and The Horses crossed, intersected and was all pulled together by the fact that I go out to my own horses every morning before I go to my desk. Even that needs looking at: are they mine? They are in my care, certainly, and they are my responsibility. Whether or not they are 'mine' in any sense that means something to them is another question.

The starting point for The Horses came when I was looking for epigraphs to set up the chapters for the Newcastle thesis. A colleague reminded me of Edwin Muir's poem, 'The Horses', which I'd known as a child. It came back to me in a rush and I went home and wrote the first chapter of what became the novel in a single sitting. Even though it then waited a long time to take off, the idea of missing a huge event had been with me since I was at school and saw a poster that asked the question, ‘What if they held a war and nobody came?’ Also the experience of arriving home from a family holiday, having seen no television or newspapers for a week, and finding the whole world shaken by a crisis was one I'd discussed with friends and thought had potential.

While The Horses was languishing as a single chapter, I was reading a lot on environmentalism and came across mention of a bomb that would kill people but not damage property. The sad irony of that kick-started the story as the priorities of the modern world and the idea of a quiet apocalypse developed. I wanted to counter post-apocalyptic visions where ordinary people at once become gun-toting and violent and to explore the much older idea that ‘the meek shall inherit the earth’. I also wanted to challenge the idea that the dysfunctional family is the norm in the modern world. 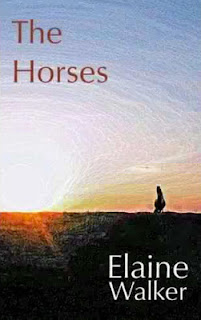 I've always been drawn to magical realism, which offers the room to explore inexplicable events that require a new way of seeing. Muir’s poem resonates with the great cultural importance of the horse whilst modern interest in horse psychology uses herd behaviour to improve our understanding of and relationships with horses.

I wanted to pull these two elements together without the implications of domination that mark the long-established historical relationship. What if humans were removed from all the things they understood? Horses, being instinctive, might offer insights humans have lost. Jo’s horses behave pretty much like my own and are intended to be fully 'real' horses, while being enhanced from the perspective that a greater communication process could be available to us if we took the time to recognise it.

I still like that idea and think anything that makes humans more inclined to be humble is good. Watching my own horses constantly leads me to question what I 'know' about them. That has lead me to all the writing I've done on horses so far, and I am pretty sure, will lead to whatever comes in the future.