- July 04, 2010
The garden is getting even less attention than normal, but fortunately the roses are taking care of themselves. Gardens are supposed to reflect their owners, in which case I am untidy, a bit overblown, and not given to deadheading. 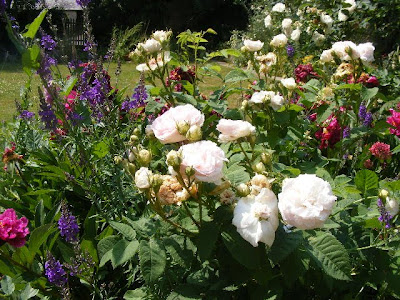 Chapeau de Napoleon - after a run in with an incorrectly labelled specimen from a garden centre, here is the real thing. 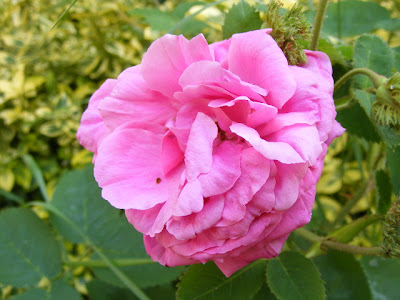 Comte de Chambord, with a few astrantia lurking in the background. Whatever colour my astrantia are supposed to be, they all come up looking rather bleached. Not sure why. 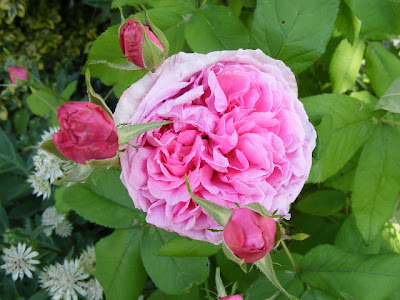 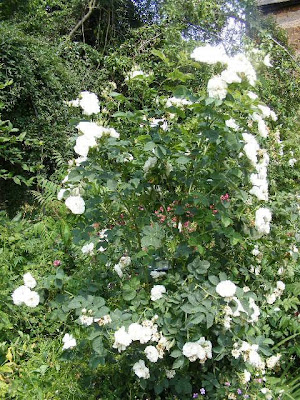 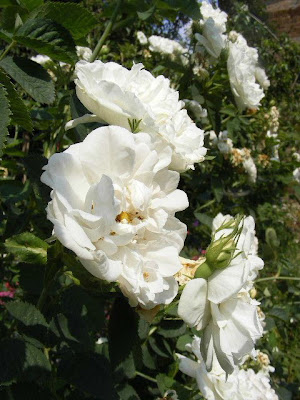 Felice et Perpetue, which is supposed to spread 10 feet. Mine has plans for world domination; well founded. It's already spread 18 feet, and shows no signs of slowing down. Told the chap at the Peter Beales stand at Cottesbrooke that I never fed this rose, and he was horrified. Goodness knows what it would get up to if I did. 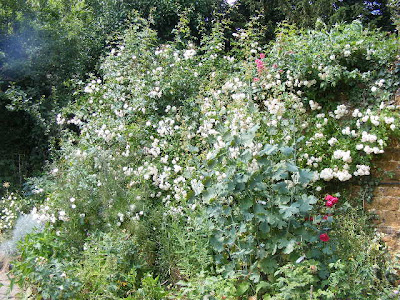 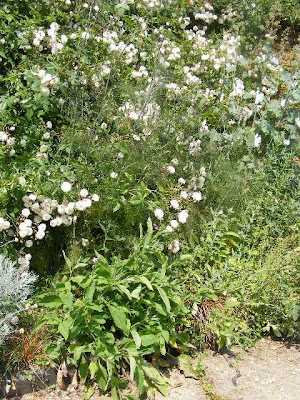 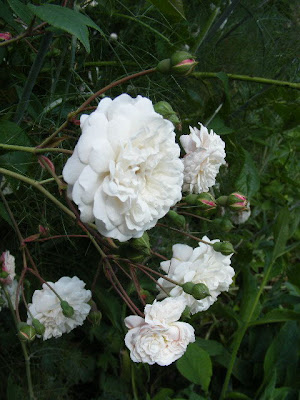 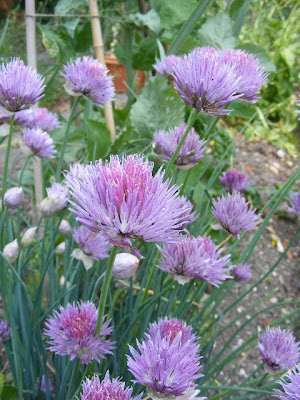 Comte de Richelieu, which were I to get my act together, would be ideal for making rose syrup. 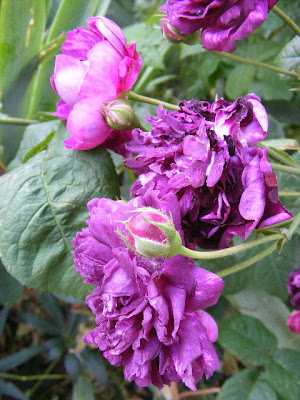 I'm not usually a fan of yellow or orange flowers, so goodness knows why I like these, but I do. 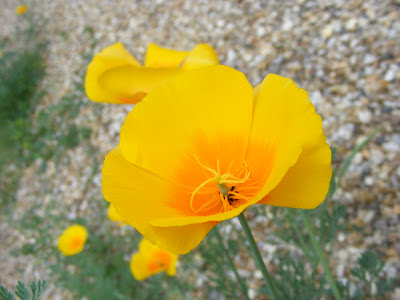 One day I will fill in the unplanted bit of the lavender hedge, bottom right. 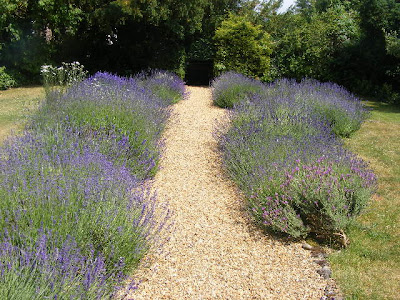 Reine des Violettes, having its best year ever. 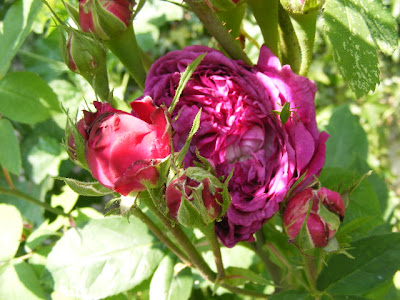 My new rose: Madame Alfred Carriere, which is going to climb over the north wall in the yard. We had to have the bit of yard at the foot of the wall dug up to put in our new water supply, and rather than pay the four figure sum the builder wanted to resurface it all, I am using this as an opportunity to cram in another rose. Bit of a no brainer, as they say: £1,500 and more tarmac versus £12.95 and a bit of effort excavating a decent planting hole amongst the stones. MAC is doing well so far. It was not my first choice, which was Souvenir du Docteur Jalmain. This was on the stand at Cottesbrooke, but I was not quick enough to get it. The woman who got it resisted all the thoughts I beamed at her while she was making up her mind. "No," I beamed - , "You don't actually want it. What about a nice HT?" 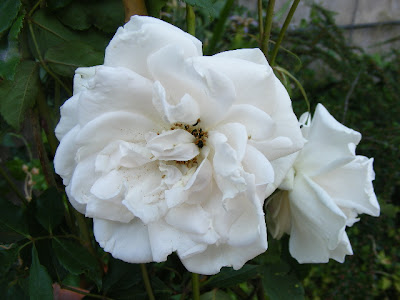 I love violas: not quite so much as I love roses, but I do. These were the other new plants I got at Cottesbrooke. 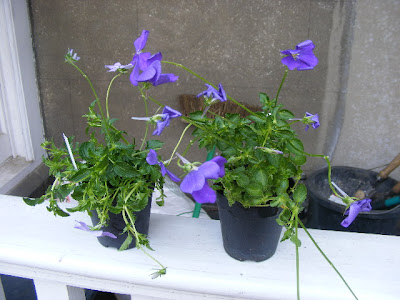 In and doing quite nicely. For once, I managed to be disciplined at Cottesbrooke: I had a mental list of the gaps in the garden (the harsh winter having carried off one of my rare thymes and my Oreganum Kent Beauty) and apart from giving in to the violas, I stuck to my list. Just as well, as last year it took me six months to find spaces for all the plants I bought.
garden

Christina Wilsdon said…
Are the yellow flowers California poppies, or something similar that grows in your part of the world? I finally got a patch of these going in my NW garden, quite by accident--a bird must've planted them for me.
5 July 2010 at 21:59

The yellow poppies are California poppies. They've self set in the path as they don't appear to like the thuggish competition that goes on in the beds.
6 July 2010 at 20:00