And yet more fancy dress..

- July 17, 2009
The 1963 Pony Annual decided to give its readers a few ideas to go on for their own fancy dress classes: Lieut Col C E G Hope, the editor, was often asked for ideas, so wrote an article with illustrations from the 1962 Ponies of Britain Show (and you will know from my previous blog post just what comedy gold that was).

I looked at this one for some time in bewilderment before it occurred to me to look at the caption and I could think of nothing whatsoever that this could represent, except possibly something to do with flying as the human seems to have flying goggles. Any ideas? 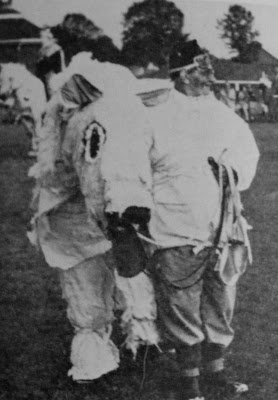 And would those ideas have included an Abominable Snowman? For this is what Miss A King and Shadow (who was only two) were. This was described as "a severe test for a young pony." Looking at it, I can see that Shadow was the Abominable Snow Pony but I still can't work out what his owner was.

This next is from Horse and Pony Illustrated, 1955, and is proof that the sixties weren't the only decade that had what it took. Jimmy Edwards judged the class at the National Pony Show, and here he is with Wendy and Peter Bucknall. I do like the hound, with her tail firmly stitched to her shoulder. 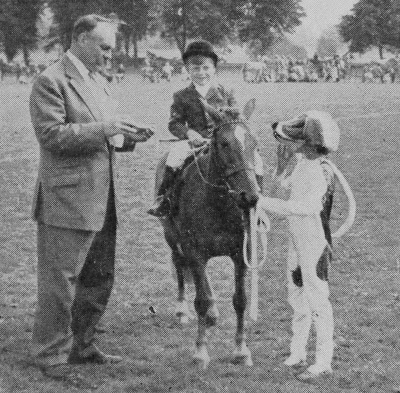 Back to the Ponies of Britain, here is the goose that laid the golden egg - another incredibly noble little pony. 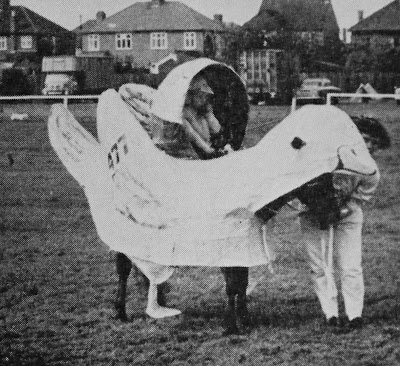 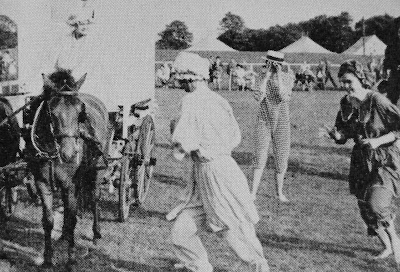 This was quite a rare excursion into a peaceful activity. War seemed a far more popular theme in dressing up. Here is the Littleton Riding School as Genghis Khan and his horde at Ponies of Britain: 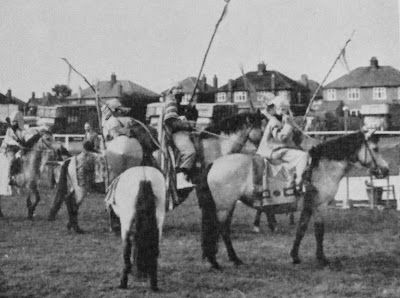 the Millfields Riding School as the Household Cavalry: 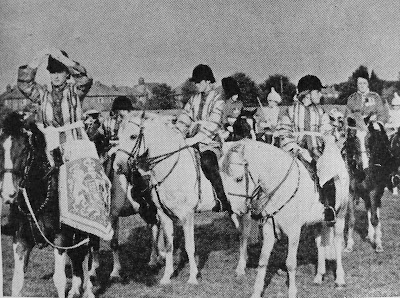 and Susan Cole as Boudicca at Ascot in 1955: 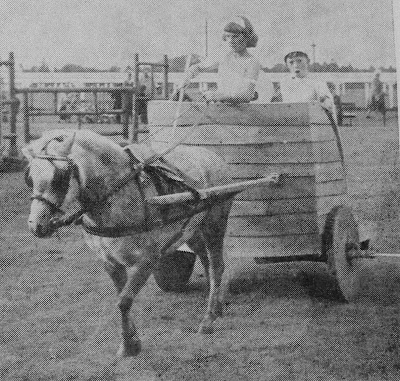 All that practice at war came in very handy for the no-holds-barred hell that was the musical sacks at the Weaverham British Legion Show in 1955: 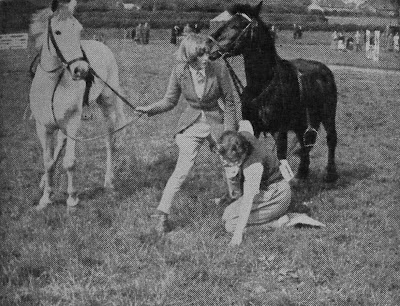 Gillian said…
I had no idea what the pony in white was meant to be, but recognised that the rider was dressed as a polar explorer/mountain climber, and so guessed that the pony was probably an abominable snowman.
A yeti would probably have worked better.
18 July 2009 at 21:57

Jane Badger said…
Yes, a polar explorer. I see it now! I suppose the pony could just have been one of Scott's Antarctic ponies, but that isn't a terribly cheery subject, as well as not giving much room for creative oomph!
20 July 2009 at 09:38

David Brett said…
This comment has been removed by a blog administrator.
29 January 2010 at 05:29