- May 31, 2009
Sheila Rose is one of those classic pony book illustrators: her style is instantly recognisable: quite spare, and swiftly drawn, and she has the rare ability to draw both horses and people. Many pony book illustrators seem to fall at the fence of producing recognisable humanity, though there are those, like Geoffrey Whittam, who have the people alright, but seem to have a block when it comes to horses.

Sheila Rose was born in Bishop’s Stortford on September 26th, 1929, and was educated at Hitchin Grammar School and Harrogate College. She started riding her own ponies, and drawing them, when she was four, and, according to her entry in Who’s Who in the Pony Magazine Annual 1968, “competed at all shows in Hertfordshire between 1940 and 1945.” Allowing for the fact it was wartime, when there were less shows than normal, that still shows formidable determination, especially as she also found time to hunt with the Puckeridge and South Herts.

She illustrated her first book in 1948, although I haven't yet been able to find out exactly what that was. The first book I can find in any of the copyright libraries is Pamela MacGregor Morris's Not Such a Bad Summer, which was published in 1950. It's quite a brave composition, showing the ponies and children from the back, looking up towards the skyline, but I think she has captured that moment when everyone's attention is attracted wonderfully (though I could quibble with the over thick necks of the ponies on the skyline.) 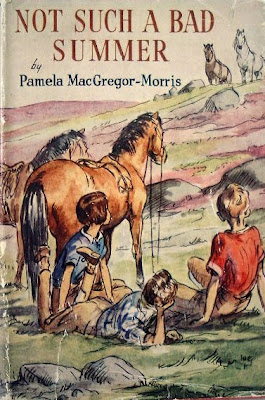 Very swiftly after this, Sheila Rose started to illustrate the Pullein-Thompson sisters' books, starting with Josephine Pullein-Thompson's Pony Club Team (she did, in fact, illustrate five of the Noel and Henry series). When Collins began to publish its pony authors in the Armada paperback editions, they usually kept the internal illustrations, and so this is probably how many of us will have come to know Sheila Rose's illustrations. 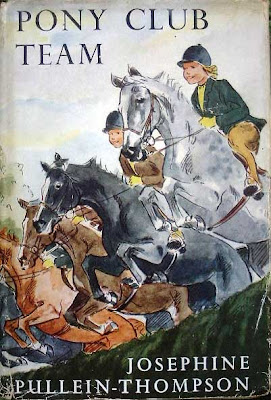 This edition of Pony Club Team is another done from an unusual viewpoint, though I think this is less successful than Not Such A Good Summer - it seems a little awkward.

Sheila Rose illustrated many of the Pullein-Thompson's oeuvre during the 1950s. I am particularly fond of her illustrations for Christine Pullein-Thompson's The Horse Sale, and below is one without any sight of a horse. I think she has the artistic Olga off just right, still hopeful that the second hand book dealer will give her a decent price for her books (alas...) 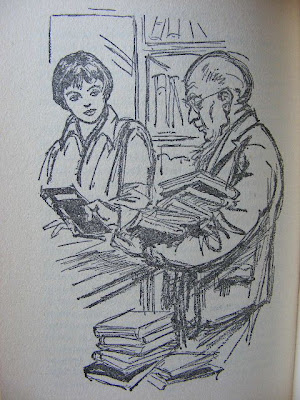 She also has the cover of this book off wonderfullly: I love the way she has captured the feeling between the boy and his pony: 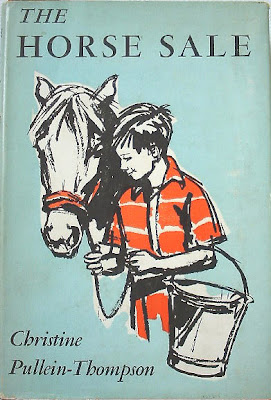 Most of the illustrations I remember best are those which feature horses jumping: she had a particular gift for capturing the movement of a horse in the air, as in this example from Mona Sandler's Steep Farm Stables: 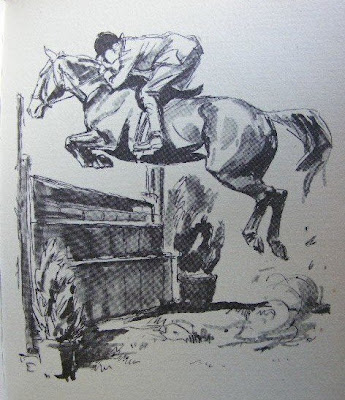 Besides illustrating new works, Sheila Rose also did new illustrations, in particular for Black Beauty. I like them, but I'm not sure her style was suited to a period piece: somehow the horses seem very modern. 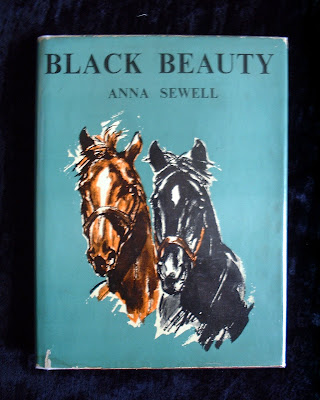 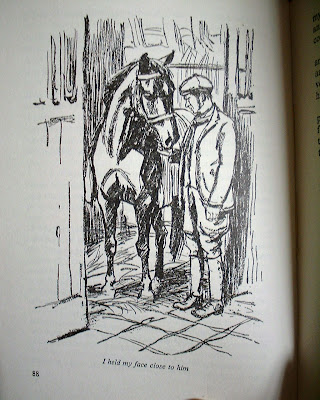 By the time of her entry in the Pony Magazine Annual of 1968, she had done the illustrations for over 80 titles. I can't find any books she illustrated which were published after 1967 (the last was Margaret MacPherson's Ponies for Hire), so I suspect that she died then. If so, it was very young: she was born in 1929. Maybe she gave up because she has a family: but she did, in her time illustrating, make a strong claim to be one of the best pony book illustrators in the post war period. 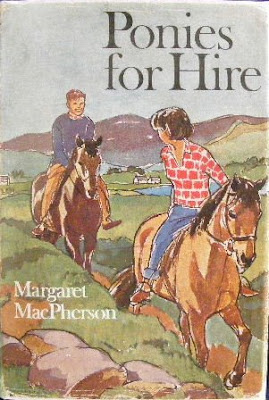 I have more biographical information on Sheila Rose on my website here, together with examples from the pony books she illustrated.
Pony books - illustrators

Linda Newbery said…
Thank you for this! I always loved the Sheila Rose illustrations - her horses had a grace and beauty, combined with solidity and anatomical accuracy, which few other illustrators could capture. Characterful, too. And I agree with you that she was particularly good at horses soaring over jumps.
7 August 2011 at 11:55