- April 06, 2014
Today's pony book is one of those based on a distinctly dodgy premise: The Pie, equine hero of Enid Bagnold's 1935 novel, National Velvet, and a gelding, has a son. Arizona Pie. Perhaps it's best to be charitable and say that this horse obviously came from the time before The Pie was gelded, and that he was also blessed with the ability to time travel, as International Velvet is based firmly in the 1970s. Velvet Brown is now grown up, and her niece, Sarah, rides the horse to Olympic victory. The film famously starred Tatum O'Neal, and welded itself firmly into the psyche of a generation.

I defy anyone to think of the film and have the illustration below as the first thing that pops into your mind. 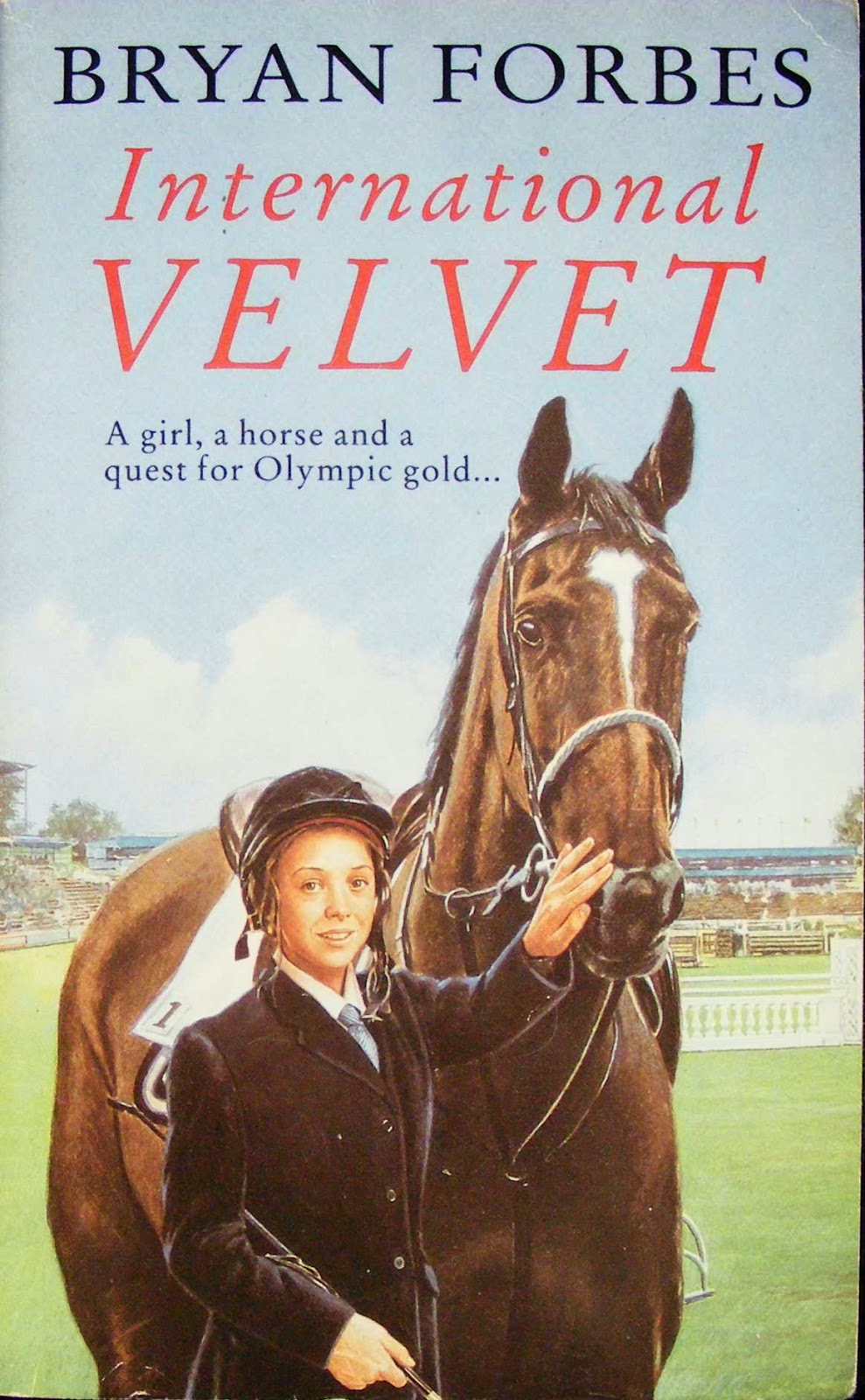 And because I thought you'd like it (I certainly do) here's a link to a toy model of Arizona Pie.