- April 10, 2014
If you've read Patricia Leitch's Jinny series, you'll know that Patricia Leitch welded fantasy into the series. The Jinny books weren't the first of her works in which fantasy appeared: one of her earliest titles, The Black Loch (1963), had a strong element of the fantastic. The Black Loch is set in a wild and lonely Scotland, where Kay Innes and two of her cousins, Sara and Edgar, are going to stay with their Uncle Vincent and his family in the ancestral family home: Deersmalen. The Innes family are guardians of the huge, mysterious water horse, which lives in a loch, emerging occasionally to thunder over the glens.

Patricia Leitch's brilliance with description is well to the fore: the water horse  “reared up, straight and high, striking out with its forelegs against the golden orb of the sun.” 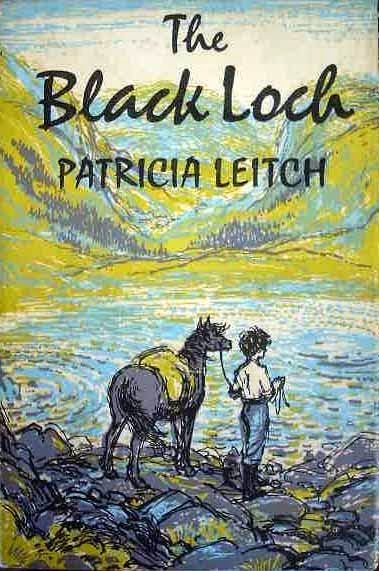 The scenery in pony books does feature more than you'd think: all those rides at early dawn, with misty sunrises, and the sheer beauty of scenery you can only reach from the back of a horse, but Patricia Leitch took these descriptions way beyond those of most authors in the genre. Here's Kay and the horse, galloping towards the sea:


“We rose over the last of the encircling hills, and stretching away in a billion sparkling diamonds was an island-fretted sea. Without pausing the Horse sped down towards it.” 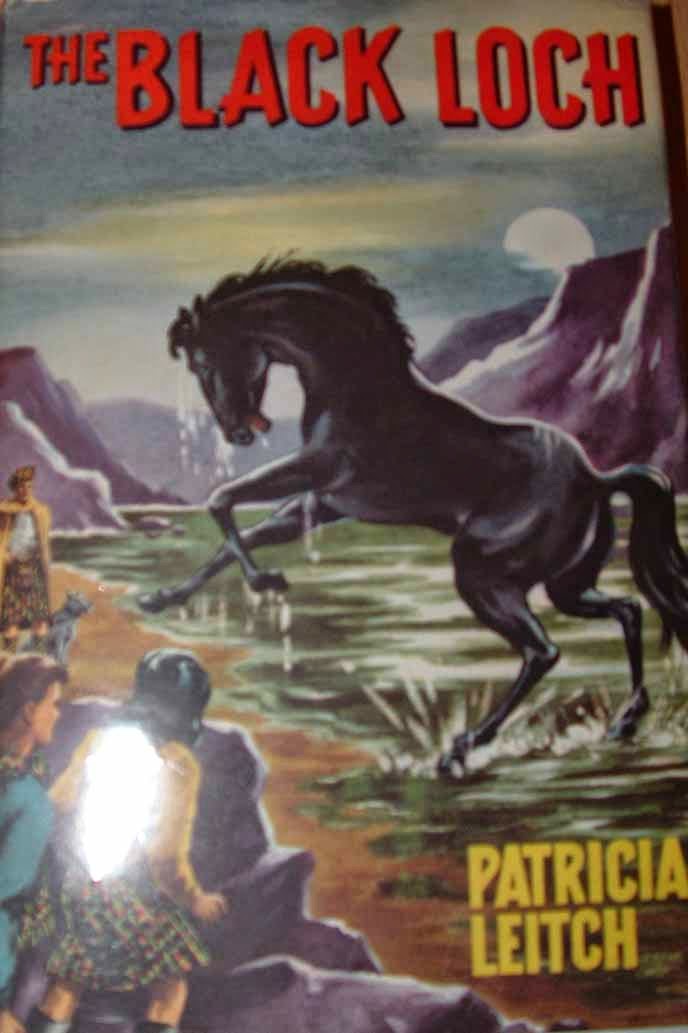 The horse and the wild Scotland it inhabits represent those things that are best left alone, and which are destroyed by commerce and the preoccupations of the modern world. It is the Innes' family's duty as well as destiny to preserve a symbol of something ancient and which could not be understood. 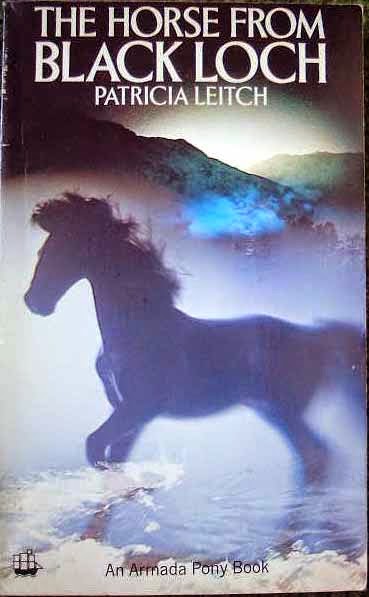 The Black Loch was first published by Collins in 1963, and was illustrated by Janet Duchesne. It was republished by the Children's Book Club, with a suitably enormous black horse in the cover. The book appeared in paperback, with an unusual attempt in a photographic cover at accuracy. Knight published this edition in 1979, retitling it as The Horse from Black Loch, presumably to make sure the lucrative pony market didn't overlook the book.

For much more on Patricia Leitch, she has a page on my website.
PBOTD Year of Pony Books