Review: Linda Newbery - The Damage Done and The Nowhere Girl

I usually review books which are in print, as there's not a great deal of point going completely overboard about something brilliant but so gallopingly obscure and out of print it is obtainable only for a small mortgage and the gleaming locks of your first born child.  These two books have made me make an exception. A while back I reviewed Linda Newbery's Barney the Boat Dog, and the author got in touch with me suggesting another couple of her books she thought I might like.  She was right.

The Damage Done and The Nowhere Girl are both YA books.  They both became my car books. I don't know if anyone else does this, but I have a car book.  In fact, I have several car books.  I get panicky, fretful and generally not nice to know if I am faced with having to wait somewhere without a book.  Who knows when you might be stuck, stationary on the M1? Condemned to wait for the RAC by your dodgy battery?  Stuck at the station waiting for a late train?  So, I have a car book. I have a long term resident, which I can pick up and put down and not worry too much about finishing (currently Dombey and Son). And then I have others I will grab on the way out.

The Damage Done involved some very early runs to the Station indeed.  The teenage heroine, Kirsty, is surrounded by people whose focus is not her.  Anything, really, but not her.  Her mother has moved out, has a new partner and a new life and very firm ideas on what Kirsty should do.   Kirsty's father had a long ago successful novel and spends his days being waited on by her, and not writing his next novel. Her brother is in America, having left Kirsty to run the livery stable he's started.  Kirsty has a lot on her plate, not least of which is a paralysing fear of going anywhere that isn't home, and an equally paralysing determination not to tell anyone why she won't go out. 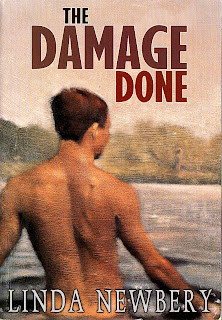 Kirsty spends her days working with the horses, and trying to keep the stables going, waiting for the great day when her brother returns from America and they can work on the stables together and make it a success.  One day, she meets the new gardener at the estate where one of the livery horses lives.  He is a skinny teenage boy, utterly self contained.  Kirsty is not sure whether he's a good thing or a bad thing, and neither are we for a good part of the novel.

The novel sees Kirsty gradually finding a way out of her misery: there's no blinding, Damascene moment, but little movements; some forward, some back.  The boy, Dally, is certainly a part of it, but I think the strength of the book lies in Kirsty's character: you feel she would have found a way to peace herself without him; it just would have taken a different course.   I had exactly the same opinion about this book after I'd read it the second time.  It is a fine read.

The Nowhere Girl is also a fine read.  Cass Sutherland is, like Kirsty, a teenage girl at the point of making major decisions about her life.  She is making a long, slow recovery from glandular fever.  As part of it, she is going to stay with her French great aunt and uncle, to work for them during the summer.  Some of her job is helping out on their stud farm, but after an accident fells the stud groom, Pascal comes to help.  His arrival instantly complicates matters, as Cass falls for him.  Pascal is not, however, the only complicating factor.  Something happened in the area during World War II.  Cass's great-grandfather shot himself, and her great-aunt suddenly disappeared.  Cass becomes convinced both incidents are connected with the betrayal of a Jewish family who hid in a cottage belonging to her great-grandfather during the war. 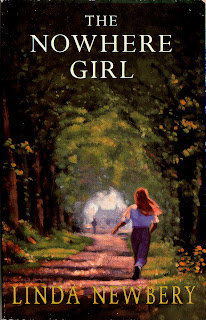 What she discovers sends Cass's already fragile balance into freefall, and for a while it is not clear whether she will survive it.

Although the book has moments of intense drama, they are always believable, as is Cass's reaction to them. The sense of sunlit, summer France is almost tangible throughout the novel, and the community Linda Newbery creates is intensely real.   It is a beautifully created world.

If you're looking for intelligent, YA, writing with an element of horse, these books are an excellent place to start.
Review

Linda Newbery said…
Jane, thanks so much - I am delighted to have provided your in-car reading! THE DAMAGE DONE is shortly to become a Kindle book, so I hope it will reach more readers. Thank you for your kind comments!
6 August 2011 at 14:55

Sue Howes said…
Linda, I have read many of your books and loved every one of them. Thanks for some great stories.
6 August 2011 at 16:19

Anonymous said…
This comment has been removed by a blog administrator.
6 August 2011 at 18:11

Linda Newbery said…
I'd be very interested to know what people think of these covers - they are by Anne Magill, whose work I like very much. Even so, I don't think the one for THE DAMAGE DONE is right at all - it's too titillating, and the boy doesn't look anything like I imagine Dally. The Kindle version will have a different and, I hope, more atmospheric cover.

Jane Badger said…
I love the cover the The Nowhere Girl: when I think of the book, I immediately think of the cover, which at least for me means the artist has captured the spirit of the book. I like the way the girl's going towards something, and the ambiguity of the figure she's going towards. It might be male, but it might not.

As for The Damage Done, I like the image itself, but it's too phwoar for the book. Dally is skinny for a start, and Kirsty's feelings for him are much more ambigious than the cover suggests.

Linda Newbery said…
Thank you, Jane - yes, I agree that THE NOWHERE GIRL cover is lovely, and creates just the right atmosphere. Anne Magill did an excellent one for FLIGHTSEND, as well. THE NOWHERE GIRL had a different cover on first publication, but this one is far better.

I am spending far too long on your website today, happily reminiscing, instead of revising my current book ... it's just so tempting!
7 August 2011 at 15:05

Jane Badger said…
Sorry..... the website is often my own prevarication. I have to fight against adding more stuff to it rather than doing the vital stuff!
8 August 2011 at 12:14

Anonymous said…
This comment has been removed by a blog administrator.
8 August 2011 at 12:24

haffyfan said…
I read (and very much enjoyed) The Damage Done at the beginning of the year. I bought it after a recomendation and was quite surprised by the cover when it arrived, not what i was expecting at all and I must admit I did wonder if I had bought the correct title/author prior to reading.

A Great read and I loved the ending, which was quite different from what I had surmised would happen.
9 August 2011 at 18:03

Linda Newbery said…
Thank you, Haffyfan, for reading, and I'm so glad you enjoyed it. The book didn't do particularly well when it first came out, apart from a couple of very quotable reviews, and I think it's at least partly down to that mismatch between cover and content - though I may be deluding myself!
10 August 2011 at 15:32