- August 01, 2011
Here's this month's releases.
Patricia Leitch - Horse in a Million
Out today (1st August) is the latest in Catnip’s Jinny series is Horse in a Million (£5.99).  In this episode, the sixth in the series, Jinny and Sue are organising the Finmory Gymkhana, but Clare Burnley, pot hunter supreme, decides to compete. After that, two of Miss Tuke’s ponies disappear, and then Shantih disappears... 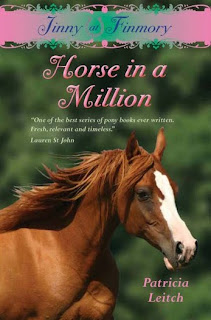 A few weeks ago Catnip's commisioning editor wrote a piece on why she commisioned the reprints.
Kelly McKain - Daisy and Dancer
Also out today (Stripes Publishing, £4.99) is the latest in this long running series.  I keep thinking that I really must read another, as I haven't read one since the first, about which my feelings were ambivalent.  The series is a popular one, and more new titles are planned.  In this latest, Daisy is the latest attendee at Sunnyside Stables, and her pony for the week is going to be Dancer. Daisy isn’t quite up to the gymnastic brilliance displayed by her fellow residents, and struggles to make her own contribution to the display ride.
Diana Kimpton and Garry Parsons - Doctor Hoof
It’s been a while since Diana Kimpton, author of the Pony Mad Princess series, of which I am very
fond, has done a pony title.  Out on 1st August is her picture book Doctor Hoof.  Doctor Hoof is a
horse, and a doctor.  He  only treats horses, which proves a problem when he moves to a new area
and the only horse around is him.  Scholastic, £6.99.
Linda Chapman - Hopes
Out on 4th August (£5.99, and as a Kindle edition, £2.99) is the latest episode in Linda Chapman’s series about a showing stable.  I’m intrigued to see what she does with her heroine this time round, as the first two books haven’t been particularly predictable. 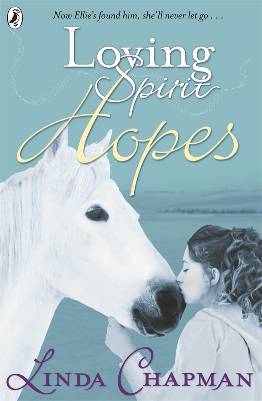 Elizabeth Letts - The Eighty-Dollar Champion: Snowman, the Horse That Inspired a Nation
A piece of non-fiction:  out on 23 August is Elizabeth Letts’ account of how a horse bound for the slaughterhouse, and bought for eighty dollars, became a winner at Madison Square Gardens.  Snowman isn’t an iconic horse here in the UK, but he certainly is in America, and has already spawned a book by Rutherford Montgomery, which is difficult to find and expensive when you do track it down.
Jeanne Betancourt - The Clue in the Clubhouse
The second in the Pony Mysteries series published by Cartwheel is out this month.  £2.46.
Andrea M Hale: Skye and Lilly’s French Gymkhana
On the self-published front, here’s the first in what is intended to be a series.  It’s out on 5th August,
and is illustrated throughout.  The author runs Millfields Rare Breeds in Essex, and the book is based
on the adventures of her Welsh Section A mare Skye, and Skye’s friend Lilly, a Hebridean sheep with
“big black horns and lots of attitude.”
Pony Books - the Future