- November 28, 2010
though I do realise we are as nothing compared with Northumberland, but we were still excited, in an odd sort of way, to see frost pictures on the inside of the landing window.  At least our nice thick curtains, which I made in the early 1980s, and are now on their I think fifth set of windows, are doing their job. 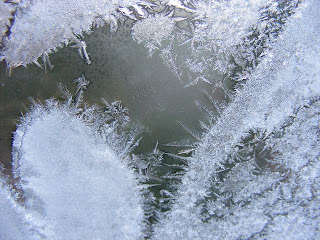 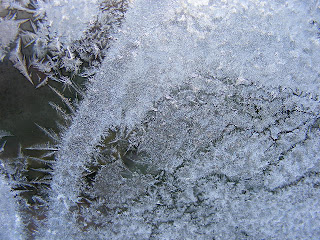 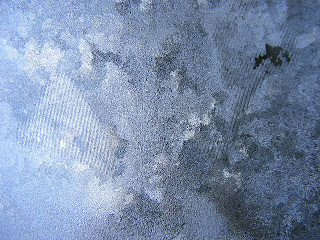 The cold also means we have masses of fieldfares and redwings in the garden, plundering the yew berries AT LAST - am hugely relieved to see this, as the sooner they're gone, the sooner I will be able to stop supervising the dog every time she goes out into the garden, as she is partial to yew berries.  Although the berries themselves aren't poisonous, the tree always seems to shed its leaves at the same time, and they simply go down the same way, as far as the dog's concerned.  After a mercy dash to the vets for a stomach wash out when we first got her, we've been a tad wary ever since. 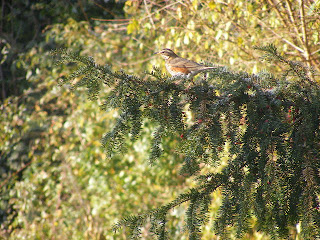