- December 20, 2012
This post has been bubbling away for a while now, but has kept falling to the bottom of the list of things to do. We are still trying to move house and I am still spending hours disinterring the junk of ages and attempting to sort it out. The people at the tip no longer bother to tell us what to put where, as they know we know.

Reading has been something I've managed in five minute bursts, usually while waiting for something else to happen. But this year has not been a total washout on the reading front: far from it.

There has been some fine series fiction. Victoria Eveleigh's Exmoor stories (Orion), have been republished and re-written to good effect. Belinda Rapley's Pony Detectives series (Templar) is an exciting new series for the slightly younger reader. Maggie Dana has been re-writing and re-issuing her Timber Ridge Riders books. She has a particularly good appreciation of the ups and downs of teenage life, and the latest, Wish Upon a Horse is one of her best. I particularly enjoyed Angela Dorsey's oddly named but utterly absorbing Whinnies on the Wind series (Enchanted Pony), set in northern Canada. The author has succeeded in keeping one central question unanswered in the four books I've read so far, leaving me still desperate to find out what happens. 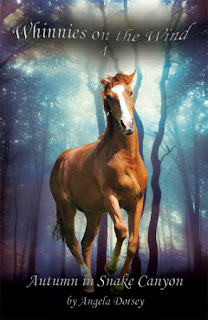 Diana Kimpton's There Must be Horses (Diana Kimpton) is one of my stand out books of the year. Heroine Sasha is in care, and has been booted about from foster carer to foster carer. Her adoptive family have now rejected her, and she is on her way to yet another foster placement, with yet another social worker, her possessions crammed into a couple of bin bags. 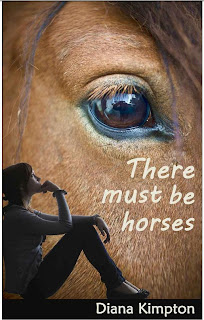 I am an habitué of the parenting site Mumsnet, and one of the old chestnut topics which always brings forth heated debate is what age of child is most challenging - generally asked by mothers of two year olds, convinced that the two old is as bad as it gets. The thing about two is that most of its troubles are, although often spectacular and certainly noisy, containable. With teenagers, their mistakes can have profound and disastrous consequences not only for themselves, but for those around them. Declan, teenage hero of Sheena Wilkinson's Grounded (Island), carries on crashing through life in the same dramatic fashion he showed in Taking Flight. 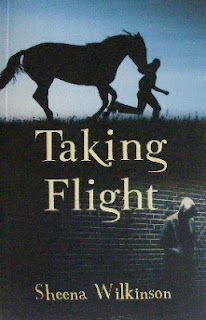 Historical fiction has been well served this year: Troon Harrison has started a new historical series, and the first The Silk Road (Bloomsbury) successfully transported me to 1st century AD Asia.

Regular readers of this blog will know that I appear to have found myself a reputation as a hater of fantasy. I love fantasy; I loathe it when it's bad. 2012 has brought forth some excellent equine fantasy. Linda Benson's The Girl Who Remembered Horses (Musa) has a fascinating, and believable premise: in a post-Apocalypse world, the horse is now a rarely seen species. Humanity has to rely on its own energies to get around, and they have forgotten what horses could do for them. Elaine Walker's The Horses (Cinnamon Press), set in a Britain where the population has been reduced to a remnant, is a story with some very fine writing indeed. It comes highly recommended by the non-horsy members of my family too.

The Horses wasn't the only book to succeed with the non-horsy. My son and I often exchange books, but I never usually bother to try him with anything equine. He is off-horse; he does not do horses. That is what I am there for. However, he loved (as did I) Maggie Stiefvater's The Scorpio Races (Scholastic). Set in a fictional island somewhere in the Atlantic, the population relies on the water horses which live in the surrounding seas to provide a living. These are not romantic, gentle creatures: the water horses are killers, and the annual Scorpio races along the shore leaves horses and riders dead.  The story is violent, bloody, but utterly convincing.

Reprints have been somewhat quieter this year, but if I had to beg you to read just one of Patricia Leitch's Jinny books, it would be The Magic Pony (Catnip). Patricia Leitch is an under rated, and a brilliant, writer. The Magic Pony can be read as a straightforward (and a very fine) pony story; as a commentary on the nature of possession, and as an acute look at ageing and death. It is a wonderful, wonderful, book.

There has been some cracking non-fiction this year too. Sue Millard's One Fell Swoop, is a book of brilliant cartoons about the Fell pony, which, allied to its witty and well observed text, make it a joy. I love equine travel writing, and Hilary Bradt's Connemara Mollie absorbed me from the first page. It is an unsentimental, and beautifully observed, story about the author's ride through Ireland. Susanna Forrest's equine memoir, If Wishes were Horses, is a triumph. It observes the equine world with a quiet and brilliant passion. 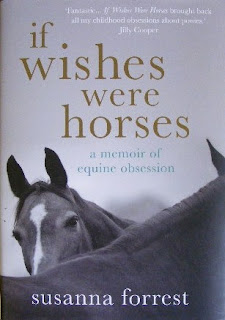 It's been a good year for the horse in books.
Review

Christina Wilsdon said…
Thanks for the round-up. Very handy as it is hard to obtain some of those titles here in the US (I tried to as the year unspooled) so having this handy 'cheat sheet' will make it easier to reboot the search.

I was able to obtain and enjoyed very much "The Horses," "Scorpio Races," "If Wishes Were Horses," and "There Must Be Horses." All wonderful.

I don't think any other equine books came my way this year...but maybe another cup of coffee will kickstart my memory...
20 December 2012 at 14:31

Val said…
A lovely list that will be most useful for reading ideas for the New Year! Thank you

btw I totally get the recycling moment...we attacked our neglected house at the end of the Summer ...and shocked the weigh
bridge lady because we over topped there 1,000 lb limit...
20 December 2012 at 18:00

Christine said…
What a great review list! I have sooo much reading to do in 2013 based on this!

Gotta say, I read and adored the Horse Road by Troon Harrison - such a unique read!

My other stand outs for this year are Belladonna by Mary Finn and the Horse Dancer by Jojo Moyes!
21 December 2012 at 00:43

Susan in Boston said…
Christina, I'm in the US too, and Jane suggested The Book Depository site as a one to use for new books...they deliver free, no minimum purchase, from the UK to the US (and in reverse, US titles to the UK). I've used them for a few years now with no problems. It takes two or three weeks for a book to arrive, but it's not like I don't already have a staggering tbr pile to occupy the time! (site is just bookdepository.com).
9 February 2013 at 00:11