- December 06, 2010
Although we don't have the snow other parts of the UK do, we have some pretty spectacular frost.   Until I came to let the junior hens out of their house this morning, I hadn't spotted the cobwebs festooning it.  The senior hens live in the stable, as they were so violent when the juniors came on the scene they had to be separated.  All is now reasonably harmonious, but the hens have maintained their separate sleeping arrangements. 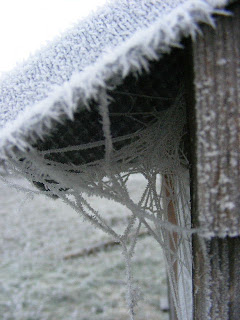 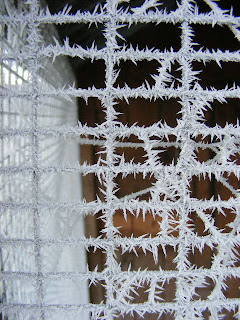 Junior hen Echo was less than impressed with the snow, but seems positively perky about the frost. 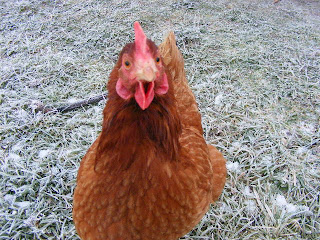 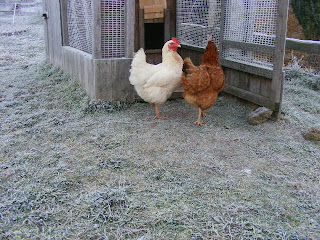 There was the most amazing damask pattern on the concrete slabs outside the stable - a week or so ago I'd washed it down, which had left a thin veil of mud, which has turned into what could be some splendid fabric design. 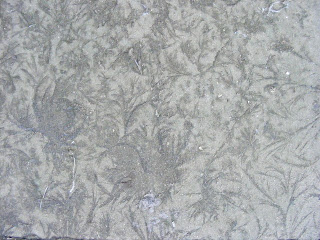 It's all really rather beautiful. 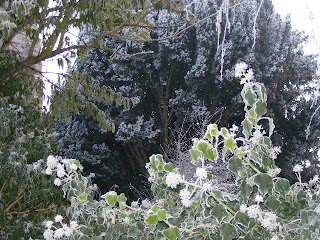 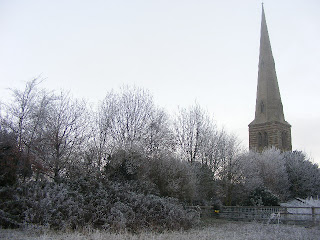 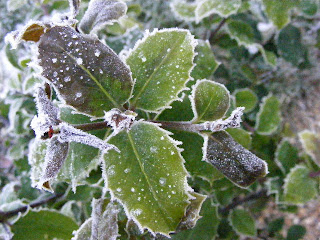 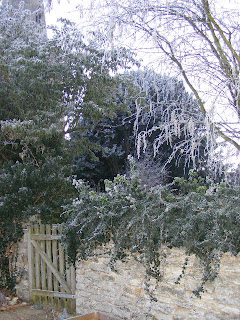 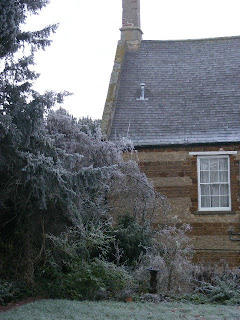 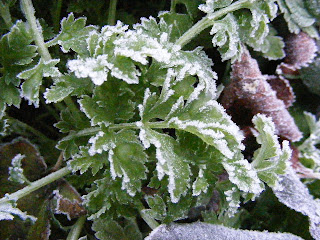 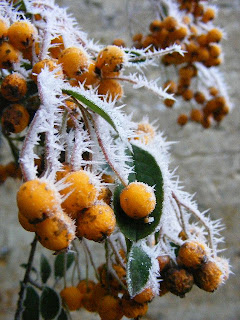 Jodie Robson said…
Those are wonderful pictures - that's weather I could enjoy! Our hens too, as they are clearly fed up with snow.
7 December 2010 at 11:09

Jane Badger said…
Thanks! It's even frostier today.

GeraniumCat - hens really don't approve of snow do they? If it's on the ground for long enough mine will get bored of pootling about the yard and venture into the snow.
7 December 2010 at 13:28

Anonymous said…
How lovely your pictures are. You've captured that frost so well. Isn't it beautiful?
7 December 2010 at 22:46

Unknown said…
You really took some wonderful pictures here. We haven't had frost or snow yet here in Kansas but I hear it's on it's way!
13 December 2010 at 19:01

Jane Badger said…
Thank you Lauren - have you had snow yet in Kansas I wonder? We are sitting here waiting the next lot!
17 December 2010 at 17:04