- May 31, 2016
It’s been a while since I did a review. A long while, in fact, so to start this particular horse off again, here are some short reviews of some short ebooks. 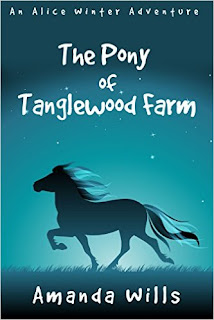 This is aimed at a younger age than the author’s previous books (I’d say 7+ – reasonably confident readers). It’s a lovely read: tightly plotted, with good strong characters and authentic pony action. Heroine Alice had an accident when she was little, and ended up with a large scar on her face. It is, she thinks, the first and only thing anyone sees when they look at her, and she’s spent her life since (she’s nine) pushing people away. Alice spends most of her time at next door Tanglewood Farm, a rescue centre for animals.

Julia, the owner, never takes ponies, but she makes an exception for Star, and Alice helps him get better. At school things have improved too, with new girl Susanna becoming a friend. The problem is that all the animals at the rescue centre are up for re-homing, and that includes Star. The book has a twist that I didn’t see coming, and it’s a lovely read for the younger pony owner.


Tudor Robins – Hide & Seek
Kindle: £1.49
I really, really liked this long short story. The author’s Objects in Mirror was my book of the year when it came out, and this is just as good. Tudor Robins is I think at her best when she is dealing with what happens when your mind is your enemy. Heroine Anna has known the woods all her life, and they hold no terrors for her, until she and her young cousin are lost. They are rescued, by a boy called Ryan, but for years after Anna cannot bear to go even as far as the edge of the wood. Nothing can make her – not her cousins, or her parents, or even Ryan. 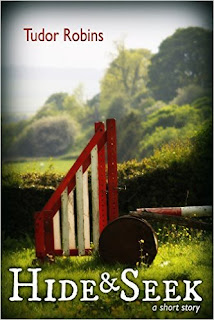 If you’re looking for a lot of horse action, the horse doesn’t turn up until half way through the book, but he is a pivotal part of it. There's also some romance, which you expect now in a book aimed at the teenage market.

This is a brilliant story about fear and what it can do to you, and about what it takes to face that fear. 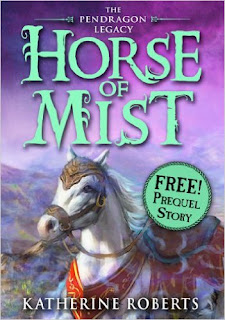 This is a short story, a prequel to Katherine Robert’s fantasy series the Pendragon Legacy. It’s about the people of Avalon, and their interactions with the world of Arthur and the Knights of the Round Table. Human girl Rhianna has been taken by Merlin to live in Avalon. While she’s there, the children all line up on the beach so they can be chosen by their own mist horse. In an event which is reminiscent of the dragon hatching in Anne McCaffrey’s novels, the horses choose their riders and communicate with them telepathically. Rhianna is not supposed to choose a horse, because the horses can go through things (‘mist’) and although Avalonians can cope with this, humans can’t.

Rhianna, after saving an Avalonian girl from being bolted with, inadvertently bonds with a mist horse. If she’s to keep the horse, she has to learn to ride them (tricky when your horse quite literally disappears from under you) and also overcome those who would much rather a human didn’t have a mist horse.

This is a pacey read, and most importantly for a fantasy, it is believable. As for whether it serves its purpose of hooking you in to the rest of the series, I'm not sure. My first reaction on finishing the story wasn't - hey, I must go and find the rest, so I guess that gives you your answer.