- November 09, 2018
My latest guest on the desert island is Carolyn Henderson. She's a journalist and author, who's written more than 40 non-fiction books. You've almost certainly read some. Getting Horses Fit? Carolyn. The Horse and Pony Care Bible? The Pony Club Guide to Bits and Bitting? Carolyn again.  She's also written three novels. These include the excellent Beside Me, which was one of my books of the year when it was published (and as a side issue, I really must start doing that again. But more of that anon.)

Carolyn is also a dog person, and her latest novel,  Florence: Dog Detective (go to Facebook page All Because of Freda to buy, or try Carolyn's website) is for readers of eight years and older, including big kids of any age. All profits go to All Because of Freda, a rescue and re-homing organisation that helps dog here and abroad. As usual, a horse managed to sneak into the story. 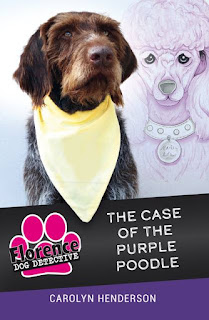 And now it's time to find out what other horses have sneaked into Carolyn's life. 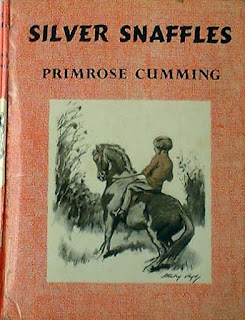 Her writing is beautiful:


'Through the Dark Corner, and the password is Silver Snaffles,' repeated Tattles.

His voice was not like a human voice. It was the sound of hoofs thudding on the turf, of bits jingling and saddles creaking and of a horse nickering to his friend, all mixed into one and making words.

I lost the copy I bought, which had a gingham cover and would now be worth a fair sum. I wish someone would re-print it.

Babette Cole’s Ponies
This tiny book, comprising just five double spreads with pop-up illustrations, makes me smile every time I open it. Fun and humour were Babette’s greatest gift as an illustrator and a writer. 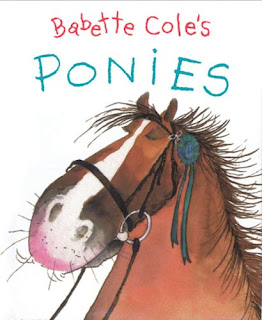 Choosing it is self-indulgence, but hopefully that’s allowed on a desert island. Babette, affectionately known as Babble, described herself as being 'childlike as opposed to childish' and knew how to entertain readers of all ages. Her better-known books include the Princess Smartypants series (girlpower with giggles) and Mummy Laid an Egg, which sold in thousands after an unenlightened parents’ group tried to get it banned.

I knew her as a horsewoman, a fearless side-saddle team chaser who chortled with delight when she found diamante heart-shaped buckles for her spur straps. She died in 2017 and this book reminds me of her: feisty and funny.


Thinking Riding by Molly Sivewright FBHS
If you don’t find a wild horse to bond with and ride on your desert island, this will inspire you until the rescue ship arrives. It was a close run thing between this and Enlightened Equitation, by Heather Moffett, but Mrs Sivewright died in 2013 and I hope younger readers and teachers who might not have heard of her books will seek them out. 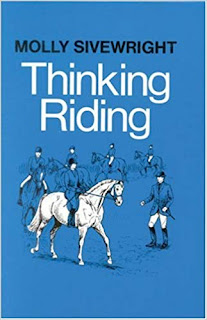 This was the first book which made me think about why I should follow classical principles – and how they are sometimes misinterpreted. Mrs Sivewright was ahead of her time: while many of us were being told to 'drive with the seat' – and hopefully feeling unhappy about this – she wrote that 'The seat bones must never press back and down, into the horse’s back, instead they must always be positioned and ready to ease forward, to allow the horse’s back muscles to work freely under them.'

And when you return to civilisation, do read Enlightened Equitation …


Flying Changes by Caroline Akrill
Declaration of interest: Caroline Akrill, in her other identity as publisher of J A Allen Books, took on my first book. Even if she’d turned me down, she would have been one of my author heroines.

Caroline is best known for books laced with wit and humour, but Flying Changes is remarkable for its breadth, daring and tinge of darkness. Dressage rider Oliver is the perfect anti-hero and coincidentally, he and Jilly Cooper’s Rupert Campbell-Black came to life in 1985. Kathryn, Oliver’s sister, is in his shadow but finds a strength which you realise, at the end, has been growing gradually throughout the story. 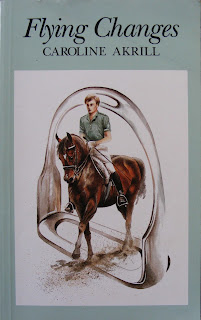 This was the perfect teen novel before they really existed. If I could choose one book I wish I’d written, it’s this one. You get more from it every time you read it, and the ending hits hard even when you know what’s coming.


Jump! by Jilly Cooper
When you start trying to write fiction, you’re told to 'find your voice'. Jilly Cooper’s is irrepressible and irreverent. Her doorstep tomes are often dismissed because they’re easy to read, which some assume means they’re easy to write. I wish!

I haven’t enjoyed all her books and hated her latest, Mount! This one recaptures much of the spirit of Riders and although it’s unashamedly far-fetched – a mutilated filly found in woods turns out to be a spectacular racehorse – it has all the goodies, baddies, intrigues and pace that epitomise Jilly Cooper at her best. 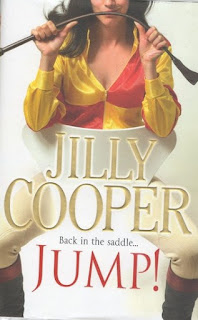 The one I didn’t enjoy…

I’m disappointed to admit that I didn’t enjoy Michael Molpurgo’s War Horse, even on the second reading. The beginning had too many echoes of Black Beauty and the ending was too sentimental. However, I’m probably marching out of step, because it’s enjoyed huge acclaim. 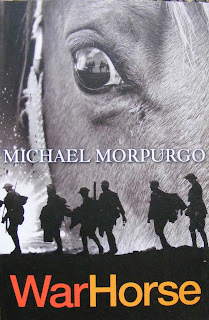 Thank you very much Carolyn – I have to admit that I am not a fan of either the film or (gasp) the play of War Horse. It is interesting that the equine biography does seem to be equestrian marmite.